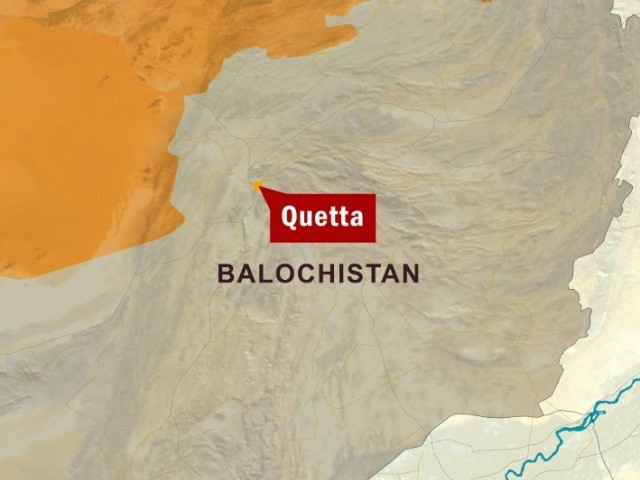 Hindu community protest in several parts of Balochistan for the release of their 82-year-old spiritual leader.

QUETTA: One of Pakistan’s most revered Hindu spiritual leaders, Lakki Chand Garji, the maharaja of the Kali Mata Mandir in Kalat, was kidnapped on Tuesday night as he was going to officiate a wedding.

As a result of the kidnapping, hundreds of Hindu community members blocked the RCD highway, bringing traffic to a halt for several hours.  This caused great inconvenience to commuters and transport vehicles.

The members of the Hindu community demanded that the government secure the immediate release of their 82 year old spiritual leader.

The maharaja of the Kali Mata Mandir, along with five people, was travelling from Kalat to Khuzdar to attend a marriage ceremony. He was intercepted by armed men who then kidnapped him at gunpoint. Others who were accompanying the religious leader, including one who was the son of a businessman from Quetta, were later released.

“A vehicle was chasing us and intercepted us at a deserted place near Surab, some hundred kilometers away from Kalat,”  Babo Lal, one of the kidnapped men who later released by kidnappers told reporters in Kalat, adding “The kidnappers  tied our hands from behind with rope and blind folded us thus I do not know where they were heading.”

The Chief Minister of Balochistan province, Nawab Mohammad Aslam Raisani, told reporters that he believed it was a kidnapping for ransom incident and had no religious overtones. Raisani ordered the police and law enforcement agencies to secure the release of the Hindu community leader at the earliest. He noted that kidnapping cases had risen in certain areas of the province and instructed district officials to take action to prevent this. But members of the Hindu community held protest demonstrations in Khuzdar, Quetta, Kalat and Naushki.  Community elders said that that they are being targeted by criminals.

Addressing protestors in front of the Khuzdar Press Club, leader Nand Lal, Raj Kumar and Chander Kumar said that the government has failed  to protect the life and property of the people, particularly those belonging to the minority community. Separately, the Hindu Panchayat Quetta organised a rally from the Aria Samaj Mandir in Quetta and marched through Jinnah Road, Masjid Road, Shahra-e-Iqbal and Mannan Chowk.

Lakki Chand Garji has been performing his duties as maharaja at Kali Mata Mandir for the past 60 years and he had command on several languages including Balochi, Hindi, Sindhi, Persian and Brahavi, his devotees said.