Accord­ing to ritual, if pregna­nt rape victim passes ‘sancti­ty test' she will be able to live with her husban­d again
By Web Desk
Published: August 9, 2015
Tweet Email 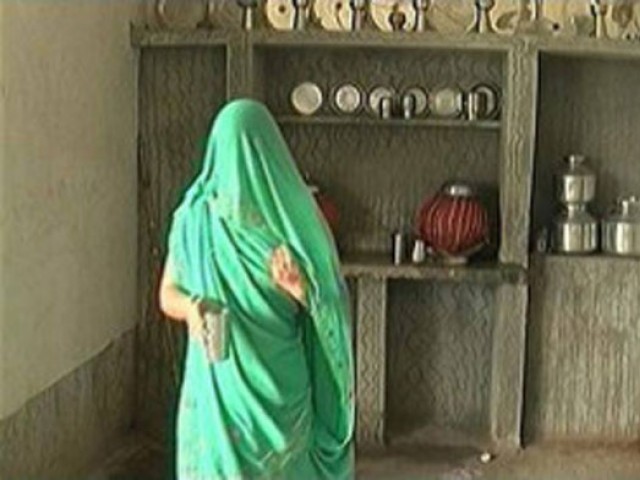 A rape victim in India was asked to balance a 40kg rock on her head in order to ‘prove her purity’ and reside with her husband again.

The rape survivor, who became pregnant as a result of the attack and had been denied an abortion by Gujarat High Court in India, has to undergo a ritual, called ‘Agnipariksha‘. If she passes this ‘sanctity test’, she would be able to live with her husband again.

Speaking to India Today, the woman said she was living in fear and that her attacker had threatened to kill her when he gets released from prison.

‘Agnipariksha’, which means ‘test of fire’, is a traditional practice carried out in some parts of India because the virtue of women who have suffered sexual abuse is considered to be ‘tainted’. The practice has its foundation in the Hindu poem Ramayana, in which Sita was made to sit in the fire after she had been kidnapped by a suitor.

The treatment of women and rape victims in India has caused a global debate after the gang rape of a 23-year-old student on a Delhi bus in 2012.

Read: Thousands to rally in India over nun gang-rape: archbishop

A more recent case of the gang rape of a 71-year-old nun jolted India in March 2015. The nun was attacked late Friday after a gang of half a dozen robbers broke into a convent school in eastern West Bengal state and ransacked the premises.

The robbers gagged a security guard before assaulting the nun. They then entered the principal’s room and stole cash, a laptop and a mobile phone, according to police.