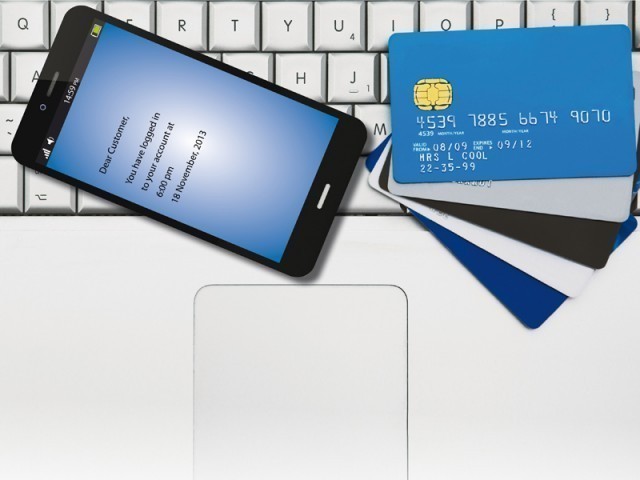 ISLAMABAD: Only 15% Pakistanis avail Digital Financial Services (DFS) and there has been no significant increase in the user base or registrations between 2013 and 2014, said a Financial Inclusion Insights (FII) survey report, jointly conducted and launched by Karandaaz Pakistan and Inter Media.

“The aim of this report is to identify the need for timely demand-side data and practical insight into DFS including mobile money,” said Karandaaz Pakistan Chief Executive Officer Imdad Aslam.

Based on over 6,000 interviews carried out in 2014, with adults aged 15 and over, the report also aimed to provide actionable, forward-looking insights into support product and service development, and delivery.

It revealed that Pakistan’s financial inclusion numbers remain lower than those of neighbouring countries. “Only 68% of those interviewed understood the concept of mobile money,” said the report, adding that “out of which only a few could identify the full range of services accessible via mobile money.”

According to the report, 53% of the DFS users were men and 47% women; 33% lived in urban areas, while 67% lived in rural areas. Forty nine percent of the users belonged to the population living above the poverty line, while 51% lived below, earning less than $2.50 a day.

The report also noted that Mobile Money (MM) users used more advanced mobile phones. Structural issues such as the gender gap in mobile phone ownership, was also highlighted in the survey. Only 29% of women owned mobile phones compared to 77% men.

The report revealed that only 14% adults had access to DFS, including seven percent with registered digital stored-value accounts and 4% with digital financial accounts.

“Majority of Pakistanis have little or no money left over each month to save or prepare for financial shocks. Seventy six percent adults had debts that exceeded their savings; 53% were unable to earn more than their monthly expenditure; 84% were without money after paying all their expenses and 63% did not have any emergency fund to cover unplanned expenses,” it further added.

“While organisations tend to focus on topline numbers, ‘financial inclusion’ is about more than just creating access or increasing the number of accounts,” said a senior financial sector specialist at the Consultative Group to Assist the Poor (CGAP) Greg Chen.

Meanwhile, Inter Media CEO and President Christopher Fleury said the financial inclusion was about giving financial tools to disadvantaged people so that they could decrease their financial vulnerability and transform their lives.  Besides Pakistan, the FII Survey is also conducted in India, Bangladesh, Indonesia, Kenya, Tanzania, Uganda and Nigeria.