Coach said the wicket-keeper is an essent­ial player, but differ­ent combin­ations must be tried all the time in T20
By Sports Desk
Published: August 6, 2015
Tweet Email 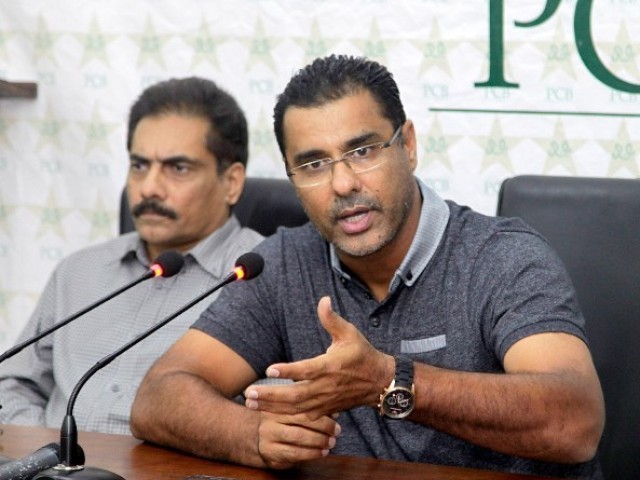 “In my opinion, Sarfraz is a key-player for Pakistan who should become the next captain of T20 after Shahid Afridi,” said Waqar Younis. PHOTO COURTESY: PCB

Pakistan cricket team coach Waqar Younis said on Wednesday wicket-keeper Sarfraz Ahmed should be made the next T20 captain.

“In my opinion, Sarfraz is a key-player for Pakistan who should become the next T20 captain after Shahid Afridi,” Waqar told BBC Urdu in an interview in Sydney.

Clearing the air over Sarfraz’s exclusion from T20 against Sri Lanka, the coach said that the only reason the wicket-keeper was not played was to try other winning combinations for the ICC World Twenty20 next year.

Read: The T20 team— a work in progress

“It is essential to keep on trying different combinations in T20. However, any player who is not played, such as Sarfraz in this instance, is always given a reason for their exclusion from the team.

“The player is always taken in to confidence in such matters,” Waqar said.

Read: Sarfraz Ahmed downplays T20 selection controversy with ‘I have no issues’ statement

Sarfraz Ahmed was dropped from both the T20 matches and his omission from the squad was severely criticised back home. Pakistan Cricket Board (PCB) also said that it required an explanation from the management regarding their decision.

Some groups believe that the main reason for Sarfraz’s exclusion was the coach, Waqar, himself.

However, the legendary fast-bowler revealed that while the team is on tour, decisions are not taken by him alone rather, they are based on the mutual consent of the touring selection committee which is made up of the coach, captain and the manager.

“I’m the coach, and as such, for me each player is the same. Favouring one player over another or holding grudges against certain players would mean that I am being dishonest with my country. How can I possibly do that?” he questioned.

The former paceman said the exclusion of the 28-year-old wicket-keeper was being blown out of proportion and considering the brilliant performance the team had executed in Sri Lanka, it was disheartening to see that the focus was on some made up ‘controversy’ rather than the victory at hand.

The 43 year-old said that as far as he is concerned, his job is to prepare the team, ease the work of the captain and motivate the players and since he is expending all of his efforts to fulfill these tasks, the critics and their baseless accusations did not bother him in the least.