Geeta will be brought back to India: Sushma

Geeta will be brought back to India: Sushma 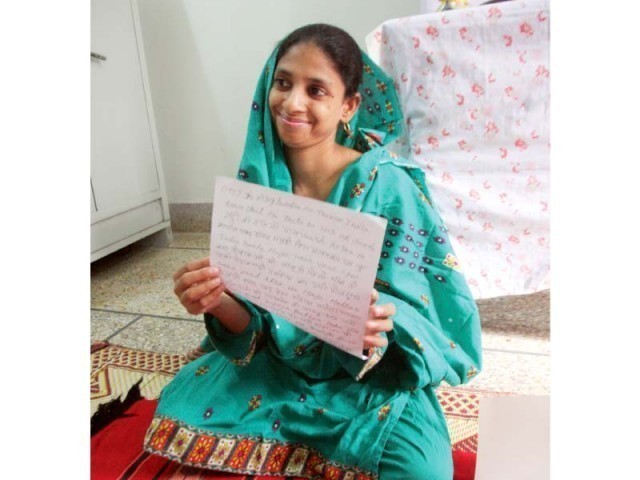 Following Indian commissioner to Pakistan Dr TCA Raghavan’s meeting with Geeta, the external affairs minister said that the hearing and speech impaired girl would be taken to India.

“We will bring Geeta back to India,” said Sushma Swaraj, the Indian minister for external affairs on Twitter. She said that her government was keen to bring home the stranded girl.

The minister on the social media said that the process requires legal formalities which they would complete. She said the Indian High Commissioner believes that the girl was Indian. “We are grateful to all individuals and institutions in Pakistan who looked after Geeta,” said Swaraj.

Sources in the High Commission said that it is difficult to give a timeframe, adding that the formalities also include getting information and locating the family.  The source said that soon, more officers would visit Geeta and try to get more information from her.

The source said that once they get concrete information about Geeta, they would approach the Pakistani government for their assistance.

The Indian girl has been in Pakistan for the last 13 years when she mistakenly crossed the border, and has been living with the Edhi Foundation ever since.

Meanwhile, a family from Amritsar contacted Faisal Edhi saying that they had lost a deaf and mute girl 12 years ago. However they did not turn out to be Geeta’s family.