Shah: Five people, a low budget camera and a laptop is all it took

Shah: Five people, a low budget camera and a laptop is all it took 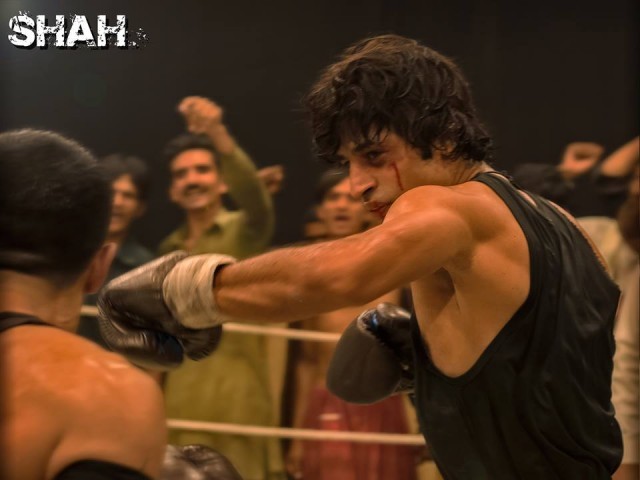 KARACHI: Shah — a biopic of legendary Pakistani boxer Hussain Shah — is one of three films releasing on Independence Day. And it is different from the other two movies, Dekh Magar Pyaar Say and Moor, not just in terms of genre.

“A team of five people, a low budget camera and a laptop; that’s all we have,” lead actor, writer and director of Shah Adnan Sawar said, while speaking to The Express Tribune.

Adnan, who is playing the title role and is also co-producing the film, is a busy man. Not because he is attending numerous promotional events, as is the case these days with the cast and directors of films awaiting release, but because he is still working day and night to complete his film.

“Our budget is preposterously low. We had only Rs12.5 million when we started off. Although, when you see the film you won’t be able to tell it has been made with such limited resources,” he said. Even during this interview, Adnan had his laptop open and was working on the film’s sound design. He said they couldn’t afford a sound designer so he was doing it himself.

“We do nothing fancy. If you go on a drive you will see billboards carrying posters of all the films releasing on the same date as Shah. But you won’t find our poster there. We don’t have a crew. There used to be one cook on our sets who used to make biryani. Many times, I would get out of the boxing ring after a shot and there would be nothing to eat so I would take a bike and go grab a bite,” he added.

Adnan is among a new crop of indie filmmakers who are neither interested nor dependent (surprisingly) on the usual matkas and jhatkas of mainstream commercial cinema. He seems really proud of the fact that his film does not have a song, let alone an item number, nor a female lead, yet people have loved the trailer and can’t wait for it to be released.

Read: Did you know? : Film on Olympian Hussain Shah to be released this year

“To be honest, I always knew the Pakistani audience wants to watch a different film. The trailer did wonders for us. Ours is a small film. We are outsiders. We made the film exactly how we wanted it to be. Turns out, people want to watch it,” he answered when asked how he feels about the overwhelming response Shah’s trailer received from the audience.

“Pakistani cinema should be to Bollywood what British cinema is to Hollywood. We need to make intelligent films,” he said, adding that his team took a huge risk by attempting to make a biopic instead of opting for a rom-com, for instance.

Adnan disclosed that he was approached to direct and act in a romantic comedy in 2012 but he told the producers if they were willing to invest money in him then they must do so in a script of his choosing.

“Our investors said ‘what do you mean there is no item number, no heroine in the film.’ But we are indie filmmakers. There are subjects we can’t (or rather choose not to) approach like big rom-coms,” he explained.

When asked why he chose to make a film on Hussain Shah, Adnan said, “One of my earliest memories from childhood is watching Hussain Shah play and win. But then he disappeared. I always knew I wanted to tell his story. So when I got the seed capital, I set out to find him. And I did.”

He said he and his team started working on Shah way before similar Bollywood biopics Bhaag Milkha Bhaag and Mary Kom were made. But sadly, due to budget constraints, those films made it to the big screen before Shah.

“Some big brands got interested along the way. And finally, now we are being promoted; not as much as we had hoped. But the way people reacted to the trailer, I realised you don’t need traditional advertising to promote a film. If it’s good, people will watch it,” he concluded.

Whether or not Shah will beat Dekh Magar Pyaar Say and Moor at the box office is yet to be seen. But kudos to the entire team for attempting to make a film given the constraints.