Arresting climate change: ‘US should do more’

Arresting climate change: ‘US should do more’ 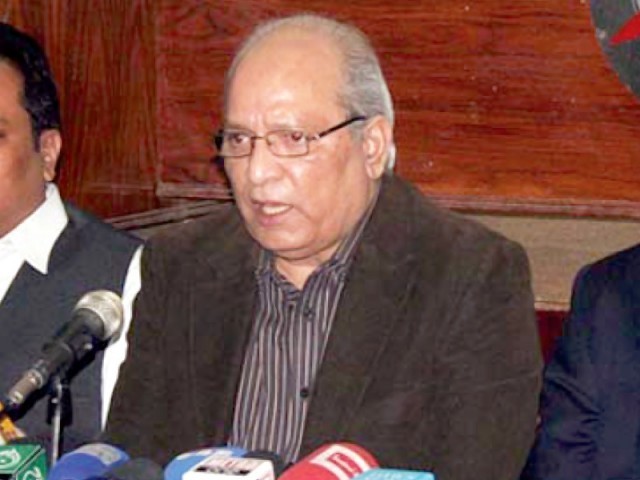 Minister for Climate Change Mushahidullah Khan on Tuesday called upon top global polluters to step up their carbon emission mitigation efforts by increasing the use of clean energy sources.

In a statement issued on Monday in response to US President Barack Obama’s new clean energy plan, the minister called upon some of the developed countries that are producing the most greenhouse gases to lead efforts against climate change.

The new clean energy plan aims to cut carbon emissions from power plants in the US by a third by 2030. The plan, which also mandates a shift to renewable energy from coal-fired electricity, is meant to put the US government in a strong position at international talks in Paris later this year on reaching a deal to curb global warming.

“The new US clean energy plan deserves appreciation. However, we believe that since US is the second biggest carbon emitter after China, the 32 per cent carbon emission target by 2030 does not sound impressive and the target must have been higher to provide pretty strong push for other top polluters such as Russia, Japan, Germany, United Kingdom, Korea and Canada to announce their carbon emission reduction plans,” Khan said.

“This announcement will fairly set the ground for the two-week-long UN-led global climate conference this year in December to churn out a viable, balanced and ambitious global climate agreement, which will be enforceable after 2020,” the statement said.

The minister also seconded Obama’s statement, where he noted that “no challenge today poses a greater risk to future of all living beings on the planet earth” than climate change does.

The minister said that poor countries like Pakistan, Nepal, Bhutan, Vietnam and Maldives were suffering the most due to climate change, which was being caused mostly by the developed countries. “Countries ranked as top polluters need to do more about climate change,” he said.