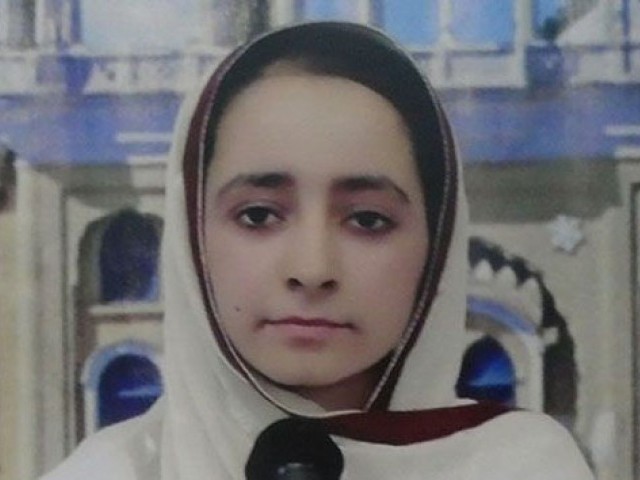 “I had never expected the overwhelming response that we received from my relatives, both Sikhs and non-Sikh, to my daughter’s success in the secondary school certificate examinations,” says father of Munbeer Kaur, a Sikh girl from Nankana Sahib who has secured more marks in a matriculation exam than any other Sikh student in the country’s history.

Giyani Prem Singh said that for him, Kaur was more valuable than his son. “She has earned us pride and honour,” he said.

Kaur, 15, secured 1,035 marks in the science group out of 1,100. The first position holder in the Lahore Board of Intermediate and Secondary’s examination had bagged 1,080 marks. Nankana Sahib comes under the Lahore BISE’s jurisdiction.

Kaur, who wants to become a doctor, has enrolled at a private college on Mangtanwala Road near Nankana Sahib. Her father, a grade 7 granthi, said he lacked resources to send her to a college in Lahore.

Singh, one of three granthis at Gurdawara Nankana Sahib, said the college had granted her admission without charging any fee. “They will charge Rs10 only after every two months.”

Kaur is the eldest among his six children. He says he has a son before Kaur but he died at the age of three months. “I consider her my son. I am doing whatever I can do for her,” he said.

Singh says Kaur also does keertan sewa at the gurdwara along with the jathas. He says his other daughters are studying in grades 4, 5 and 6. His only son is in grade 2.

Singh says he will send her to Lahore for further studies once she completed her college.

Kalian Singh, an uncle of Kaur’s, says he was the first professor from the Sikh community in Pakistan. “I teach at the Government Gujranwala College and live in the same house where Giyani lives,” says Kalian Singh, a PhD scholar at University of the Punjab.