Plight of the poor: Govt schemes – all words, no action?

Plight of the poor: Govt schemes – all words, no action? 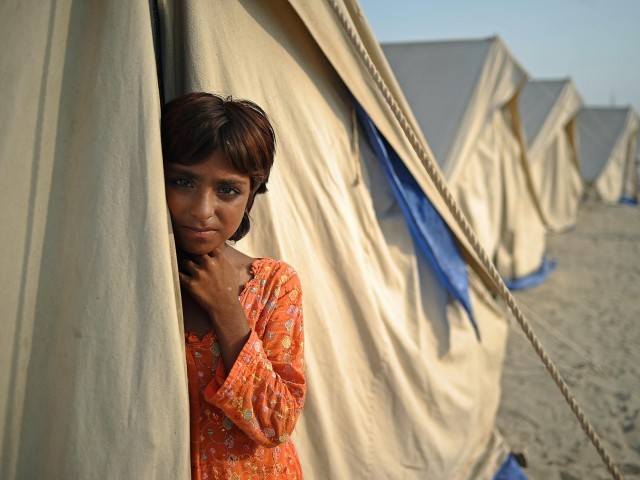 Those who deserve to be awarded compensation are left standing alone. PHOTO: AFP

GILGIT: The only system of support Maryam Bibi, a resident of a remote village in Ghizer valley, can rely on are her young children and a few day-jobs that barely help her get by. She single-handedly, and without the support of any government scheme, supports herself and her three children.

Maryam, 36, is just one of example of how nepotism in the government’s poverty alleviation programmes has left the most deserving people in our country standing alone.

“I will work honestly to provide for my family for as long as I am alive,” she told The Express Tribune on Tuesday.

Maryam is no stranger to being left alone. After the death of both her parents, the only other family she had was her husband and two children. Unfortunately, she lost her husband to cancer eight years ago.

A couple of years later, she recalled, she married her late husband’s cousin, a taxi driver in Gilgit. “Within a year of our marriage, my second husband fled to Karachi and married another woman,” she said. She added that her husband left without even seeing his daughter who was born a month later.

“I work at a hospital on daily wages for which I am given Rs4,000 per month,” she said, adding that Rs3,000 is the rent of her house. When she returns from the hospital, she goes to her other job of washing clothes at a few houses.

Maryam has never sought favour from any government official or public figure, not even a Watan Card or any other facility under the BISP, even though she cast her vote for a Pakistan Peoples Party politician who holds a senior position in the G-B government.

“I went to the politician for help, but his wife asked me to work at her house for free until they made some sort of arrangement for us,” she said.

Interestingly, the provincial government led by Mehdi Shah awarded Watan Cards to two affluent legislators of Gilgit-Baltistan – Peer Karam Ali Shah of the PPP and Raja Azam Khan of the MQM – as compensation for flood damage to their property.

In addition, hundreds others belonging to the ruling party or its coalition partners have reportedly been awarded the same, simply because of their party affiliation. But people like Maryam have been deprived of this facility originally envisaged for the poor.

Maryam is left with no choice but to wonder if her plight will ever end, since those meant to look after people like her seem least bothered.