Any attempt to obstruct, impede CPEC will be thwarted: COAS

Any attempt to obstruct, impede CPEC will be thwarted: COAS

Gen Raheel Sharif says elimin­ation of the ETIM a manife­statio­n of their resolv­e
By Web Desk
Published: July 31, 2015
Tweet Email 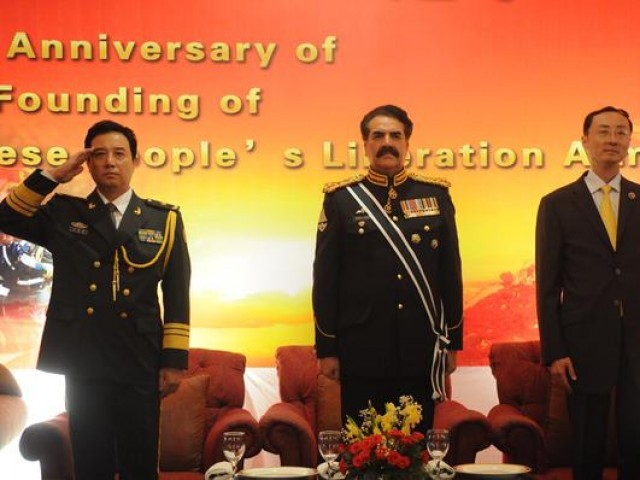 ISLAMABAD: The army chief on Friday reiterated that any attempt to obstruct or impede the China-Pakistan Economic Corridor (CPEC) will be thwarted.

According to a statement issued by the Inter Services Public Relations (ISPR) on Friday evening,, Army Chief General Raheel Sharif congratulated the Chinese Peoples Liberation Army (CPLA) on its 88th anniversary. He also commended the deep ties between Pakistan and China.

Noting that cooperation for CPEC will benefit the entire region, in addition to seeing both participating nations progressing with the dividend of maximizing geo-strategic location, Gen Raheel said that they will defeat the nefarious designs of forces detrimental to Pakistan and China.

“I reiterate our firm resolve that any attempt to obstruct or impede this project will be thwarted at all costs.”

The army chief, while noting that China’s enemy was Pakistan’s enemy, pointed out that the elimination of the East Turkestan Islamic Movement (ETIM) — an extremist group which largely operates in the border Xinjiang region — was a manifestation of their resolve.

“Our cooperation for regional stability will squeeze space for state and non-state actors for a stable Afghanistan,” the statement added.

The army chief, while expressing the hope that the world too would look at the CPEC through the same lens that Pakistan does, said that he had visited the construction sites to observe the pace of work. He added work was going on in full gear.

“Our deep, resolute relations, our all weather friendship is sweeter than honey, higher than the Himalaya, and deeper than ocean,” he commented, adding that “Our (Pakistan and China) friendship will further grow in these testing times.”

The army chief also participated in an event to mark the 88th anniversary of the PLA in Islamabad on Friday evening where the Chinese Ambassador was also present.