Malik Ishaq: The life and death of a terror kingpin

Malik Ishaq: The life and death of a terror kingpin 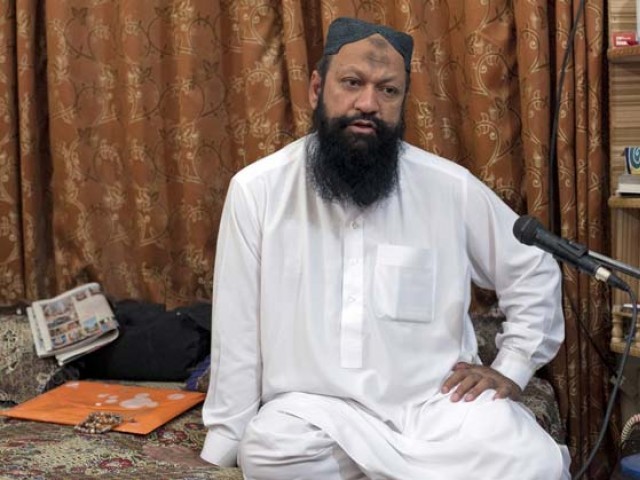 LeJ chief along with 13 militants were killed in Muzaffargarh on Wednesday during a shootout after gunmen attacked a police convoy and freed him as he was being moved. PHOTO: REUTERS

MULTAN: Malik Ishaq, along with his two sons and 11 other militants, was killed in a ‘shootout’ in Muzaffargarh on Wednesday as he reportedly attempted to escape police custody.

Ishaq was the leader of banned outfit Lashkar-e-Jhangvi (LeJ), a sectarian terrorist organisation closely aligned with al Qaeda, together with the Tehreek-e-Taliban and Jundullah.

Ishaq along with Akram Lahori and Riaz Basra formed LeJ in 1996, all former members of another proscribed organisation Sipah-e-Sahaba Pakistan (SSP), after developing differences with the SSP leadership.

Besides allegations of hate speech and being even involved in some of the worst sectarian attacks, including deadly attacks on the Shia Hazara community, Ishaq was also accused of executing the attack on the Sri Lankan cricket team in Lahore in 2009.

After spending 14 years behind bars, the LeJ chief was released on bail by the Supreme Court in July 2011 after the prosecution failed to produce any concrete evidence which could implicate him in any of the 44 cases of culpable homicide he was accused in. Since then, he was mostly remained under house arrest.

In last 20 years, as many as 72 judges and prosecution lawyers requested to shift to another case, went on leave or refused to hear the case on personal grounds against the LeJ chief, his sons, deputy chief Ghulam Rasool and his sons.

Ishaq was also put on a US list of global terrorists and the group he founded has claimed responsibility for the deaths of hundreds of civilians.

Following is a timeline of significant incidents since the LeJ leader’s release till his death:

Decemeber 2011: A review board of the Lahore High Court (LHC) extended the detention period imposed by the Punjab government Punjab Maintenance of Public Order Ordinance 1960 ; however, he was released by LHC in January 2012.

January 2012: The LeJ chief attended the Difa-e-Pakistan Council in Multan. Although ex-spymaster Hamid Gul denied his presence at the rally, LeJ spokesperson confirmed that Ishaq was on the stage at the rally.

August 2012: Ishaq was again arrested from Lahore’s Allama Iqbal International Airport upon his return from Saudi Arabia after performing Umrah only to be set free after 12 days.

September 2012: Ishaq was given the position of vice president in the banned Ahle Sunnat Wal Jamat (ASWJ), formed by remnants of SSP, after differences erupted between ASWJ chairperson Ahmed Ali Ludhianvi and Ishaq on organisational matters within the ASWJ.

January 2013: Ishaq’s organisation claimed responsibility for a terrorist attack at a crowded snooker club on Alamdar Road, Quetta, which left at least 93 people dead and over 150 wounded.

February 2013: LeJ claimed responsibility for another horrific attack on Shia Hazaras when a massive bomb ripped though a busy market in a Hazara neighbourhood of Quetta, killing at least 67 people and injuring nearly 200.

February 2013: Following the attacks on the Hazara community in Quetta, Ishaq was detained by authorities under the Maintenance of Public ordinance at his residence in Rahim Yar Khan.

December 2014: After a detention of six months, a three-member review board of the LHC dismissed the provincial government’s application seeking extension of Ishaq’s detention. However, just days after LHC’s decision, he was again detained for two more weeks after an Anti-Terrorism Court (ATC) Multan sent him on judicial remand to Multan jail.

July 29, 2015: The LeJ chief, along with 13 militants, was killed in Muzaffargarh during a ‘shootout’ after gunmen attacked a police convoy and freed him as he was being moved, police said.