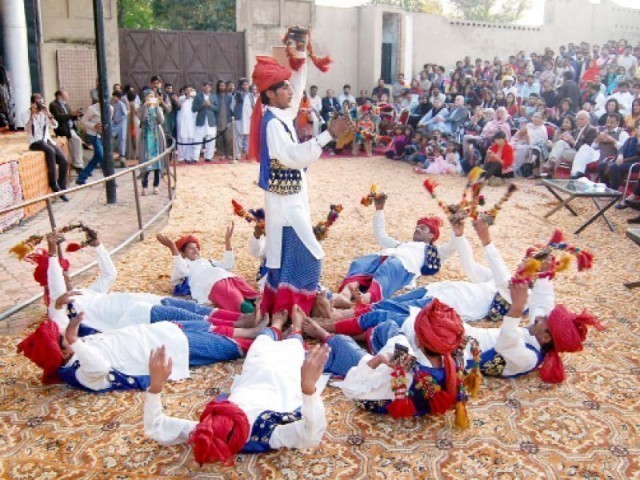 A summer camp for children in Baloch and Wakhan cultures opened here at Shakarparian under the auspices of the National Institute of Folk and Traditional Heritage (Lok Virsa) with the aim of celebrating Pakistan’s cultural diversity.

‘Learn Balochi Language and Glimpses into Balochi Culture; Learn Wakhi Language and Diversity of Gilgit-Baltistan’ is being held at the Pakistan National Museum of Ethnology, popularly known as the Heritage Museum, and continues till August 25, said a press release issued on Monday.

Lok Virsa Executive Director Dr Fouzia Saeed said the camp provides children between the ages of six and 12 years an orientation of the language, poetry, crafts, music and festivals of both these communities. The program includes 15-day classes, a two-day interactive workshop and three-day educational visits to the Heritage Museum, Pakistan Monument Museum and Pakistan Museum of Natural History. She said the purpose is to create ownership among children regarding Pakistan’s languages and cultural heritage, thus affirming our pluralistic, multi-cultural society.

Saeed said children will also be encouraged to participate in practical activities like folk singing, music, craft making and painting. Folk artists, artisans, story tellers and craft experts will interact and share their experiences with them during the summer camp. Pakistan is a multilingual country with more than 24 languages and dialects. This has led to excellence in literature, poetry, folk songs, and spiritual quotes of Sufi saints, and has enriched our cultural heritage, Saeed added.

Though distinct from each other, the regional languages promote unity among people of different regions and cultivate love, respect and a firm adherence to universal brotherhood, said the statement.

Baloch people speak different languages but there exists a similarity in their literature, beliefs, rituals and customs. The Wakhi people are occasionally referred to as Pamiris, and the Wakhan language is over four thousand years old. It is spoken by the inhabitants of the Wakhan Corridor in Gilgit-Baltistan, parts of Tajikistan and China’s western Xinjiang. The language belongs to the southern group of Pamir languages, and in the Iranian group of the Indo-European family of languages. The Wakhi people live mainly in Gojal, Ishkoman and Darkut in G-B, and in Broghol in Chitral.

The camp is a 20-day activity, Monday through Friday, from 10am to 2pm. The enrolment deadline is August 3.