I-11 settlements: Eviction drive against residents halted, for now

I-11 settlements: Eviction drive against residents halted, for now 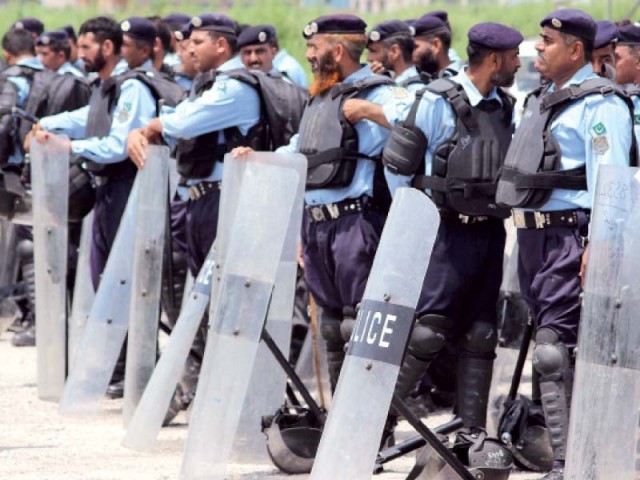 The settlement houses 864 families, of which 114 are registered Afghan refugees families, according to a 2013 survey. PHOTOS: MUHAMMAD JAVAID/EXPRESS

The civic authorities and the city administration on Monday called off a planned eviction operation at the city’s biggest informal settlement in Sector I-11 fearing a backlash after hundreds of dwellers gathered to resist razing of their shelters.

For almost eight hours since morning, slum dwellers and staffers of CDA’s enforcement wing, the ICT Administration, Islamabad Police, and Rangers remained face to face but the authorities did not take any action nor did the dwellers react.

The Afghan Basti, as it is commonly known, houses over 8,000 individuals, according to a survey carried out by CDA and UNHCR in 2013.

Of the 864 families, 114 are registered Afghan refugees, while the rest are internally-displaced persons from the tribal areas and other parts of Khyber-Pakhtunkhwa. Some families also hail from Punjab.

The CDA had planned a four-phased operation against 40 settlements across Islamabad in consultation with the ministry of interior and following directions of the Islamabad High Court (IHC).

These slums house nearly 85,000 individuals, according to a report of the ministry.

However, before launching this operation, the CDA did not announce any remedy for the dwellers or alternative housing. Recently, IHC judge Shaukat Aziz directed the CDA to initiate the operation at the Afghan Basti.

Getting the information that the CDA intends to bulldoze the katchi abadi, hundreds of residents of the settlement and other adjoining areas gathered at around 8am.

Around 10am, several truckloads of police personnel along with senior officials of CDA and bulldozers turned up along Faqir Aipee Road in Sector I-11.

In anticipation, thousands of residents of the settlement, led and supported by activists of the Awami Workers Party, had already gathered with placards and banners near the main road and made speeches, vowing to resist any attempt by authorities to forcefully evict slum residents.

The police and residents faced off on either side of Faqir Aipee Road for several hours, however there were no clashes.

Seeing the strength of the residents vowing to peacefully resist eviction the police and CDA bulldozers eventually left the area around 5pm.

“This is a huge victory for the working-class of Islamabad who have been marginalised and mistreated for decades,” said Fazal Shah, leader of AWP’s I-11 unit. Shah works as a fruit seller in the nearby fruit and vegetable market.

“Although the struggle is far from over, today’s events have proven that when the working masses unite and organise themselves, they can face any power. And all we are asking for is the right to live and work in peace in this city,” he said addressing the gathering.

AWP Punjab President Dr Aasim Sajjad Akhtar urged all sections of society to provide more support in the struggle of the residents. “We call on the Supreme Court of Pakistan to provide relief to Islamabad’s most marginalised community by ordering an end to the CDA’s eviction campaign.”

CDA spokesperson Ramzan Sajid said the operation had been called off to avoid a law and order situation. He added that the land belongs to CDA and should be vacated at any cost.

The race to 21: Court sets aside promotions