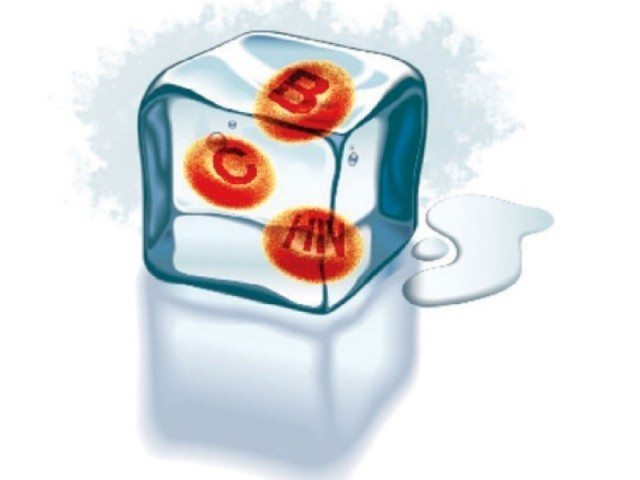 KARACHI: At least two million people have been diagnosed with hepatitis C and 1.1 million with hepatitis B in Sindh, while Ghotki, Dadu, Khairpur and Sanghar are considered high-risk areas in the province, said programme manager of the Hepatitis Prevention and Control Programme (HPCP) Dr Abdul Khalique Shaikh.

Sharing figures of the disease, Shaikh said that there are around 400 million patients around the world, adding that 1.5 million died annually. He said that Pakistan has 12 million people suffering from Hepatitis.

“Karachi’s slums are the most severely affected,” Shaikh claimed. Memon Goth, Keamari, Ibrahim Hyderi and Rehri Goth are among the most affected areas of the city, he said. Most of the residents of these areas, including people from Sindh’s rural areas, are not completely aware of the disease and its complications, according to Shaikh.

People in urban areas know the risk factors and are inclined towards screenings and vaccinations, Shaikh explained. Hepatitis can be spread when people do not urge their barbers to use sterilised instruments or via unsafe blood transfusions.

Despite the increasing number of patients, the Sindh health department has established only 17 vaccination centres and 59 treatment and diagnostic centres across Sindh. “Yes, the number of centres is low but we are taking all possible measures to reach every patient,” Shaikh assured, adding that his department is focused more on the prevention side.

The HPCP has planned to launch a mass campaign across Sindh beginning in August. The focus of this programme is to target school-going children.

According to Shaikh, the plan aims to target the future generation. “Our teams will be screening students and will be administrating vaccines as well,” he added. He said that all public and private schools will be targeted in the mass campaign, which will commence soon after schools are opened after summer vacations.

The district health officials have been assigned to meet their target, he said, adding that the people of Sindh also need an awareness session. “We are focusing on awareness, since people could know a great deal more about this disease,” he said.