In March 2015, the greate­st number of cars were sold in Pakist­an within a month
By Web Desk
Published: July 27, 2015
Tweet Email 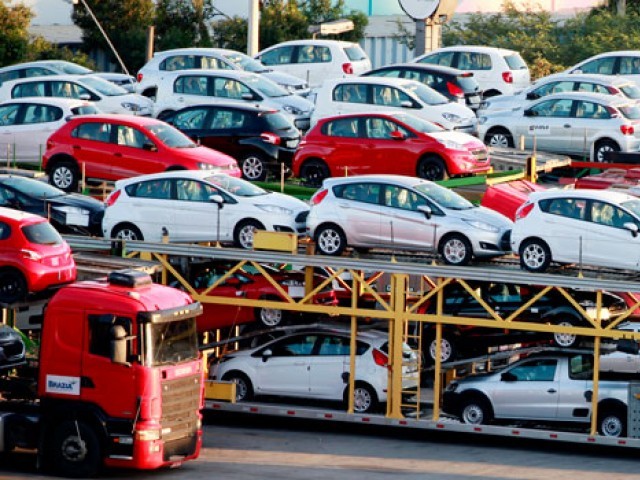 In March this year, Pakistan’s automobile industry broke the record for most number of cars to ever be sold in a single month; Carmudi–a popular car portal– reported.

The introduction of car leasing and financing facilities has given rise to the increase in car sales by a multiplier effect in the country, as buying on credit has enabled consumers to experience an increase in their purchasing power.

In previous years, when Pakistan’s car industry was booming, car rental businesses also sprang up and appeared to be feasible business options.

However, the prosperity of the Pakistani car industry was hindered by the financial crisis. As a result of which, prices followed an upward trend and the demand for cars fell. It was from 2012 that the sales of cars began to rise once again.

According to sources, car sales in Pakistan will be higher than they have been in the last five years. Similarly, other reports say that sales will be up to 165,000 in 2015.

With the greatest number of cars being sold in the country within a month, three cars contributed to this, namely the Toyota Corolla, the Suzuki Bolan and the Ravi. The sales of the latter two automobiles doubled during 2015.

Another factor which may also have contributed towards the rise in demand for cars, is the State Bank’s decision to reduce the interest rate from 10% to 7%.

It may also be the case that the interest that Volkswagen has shown with regards to extending their market to Pakistan, is a consequence of the rise in car sales.

When taking into account the relatively low profits made by the local car industry in Pakistan, a way to mitigate this unfortunate circumstance would be for them increase their competitiveness with the foreign car industry by using the latest technology.

This article originally appeared on carmudi