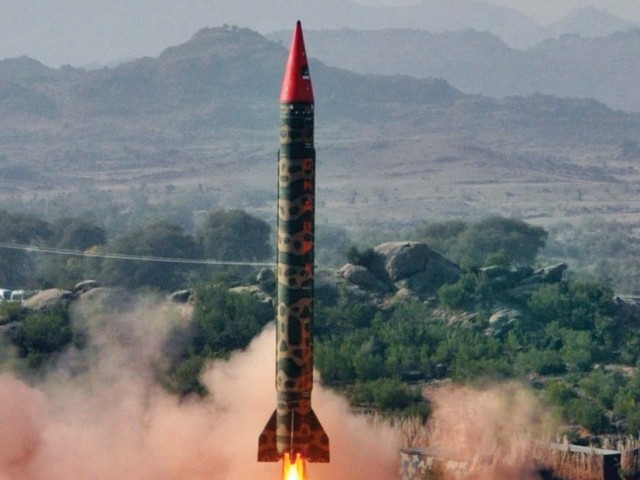 According to the ISPR, Ghauri Hatf V, with a range of 1,300 kilometres, can carry conventional and other warheads. The launch was conducted by the Army Strategic Force command’s strategic missile group at the end of a field-training exercise aimed at testing the force’s operational readiness, the statement said.

“You have made the nation proud and we salute you for your outstanding work,” Prime Minister Gilani told the scientists and engineers. He said Pakistan could be proud of its defence capability and the reliability of its nuclear deterrence. This capability, he added, formed the bedrock of Pakistan’s security policy and will continue to be enhanced.

“The test amply demonstrates the credibility of our minimum deterrence strategy, which is the cornerstone of our security policy and
ensures peace in the region,” he said.

“It also sends the right signals internationally that Pakistan’s defence capability is impregnable and should never be challenged.”

The prime minister said that Pakistan is a responsible nation with an extremely reliable nuclear capability and did not harbour any aggressive designs against anyone.

“Let there be no doubt that Pakistan’s armed forces are highly professional, motivated and fully capable of safeguarding Pakistan’s security against all types of aggression,” Prime Minister Gilani said.