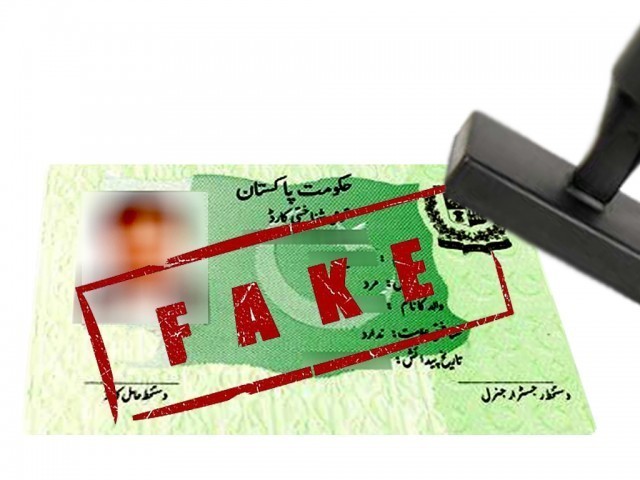 PESHAWAR: After the interior ministry blew the lid off the list of those local government nazims, councillors and other officials who attested CNIC documents for Afghan nationals, scores of such officials have approached the sessions court to avoid arrests.

However, after dismissing 15 pre-arrest bails on Friday, the district and session judge reserved its judgment on seven additional bails before arrest applications for Monday.

Judging from the ongoing trend, lawyers pursuing 17 other pre-arrest bail applications of local government members withdrew them for fear of dismissal. The sessions court will hear bail before arrest cases of government officials, including teachers and Grade-I officers, on Monday.

“The interior ministry issued a list to the Khyber-Pakhtunkhwa police with the names of all those nazims, councillors, teachers and other officials who verified the CNIC forms for Afghan citizens,” a court official told The Express Tribune.

The official, requesting not to be named, added that according to information available with the National Database and Registration Authority (NADRA) these Afghan nationals were issued with national identity cards, National Alien Registration Authority (Nara) cards and also Proof of Registration. “Once the list was received by the K-P police chief, they started registering FIRs against nazims, councillors and other officers.”

He said the forms contained the attesters’ CNIC numbers, addresses and other personal details which helped the police book them.

Police booked the accused officials and LG councillors under sections 419 and 420 of the Pakistan Penal Code and sections 30 and 31 of the NADRA Ordinance for illegally attesting CNIC documents for Afghan refugees.