Dog shot in Milwaukee following reports of lion on the prowl

Dog shot in Milwaukee following reports of lion on the prowl

A dog in Milwau­kee was expect­ed to make a full recove­ry after being shot in appare­nt mistak­e for a lion
By Reuters
Published: July 25, 2015
Tweet Email 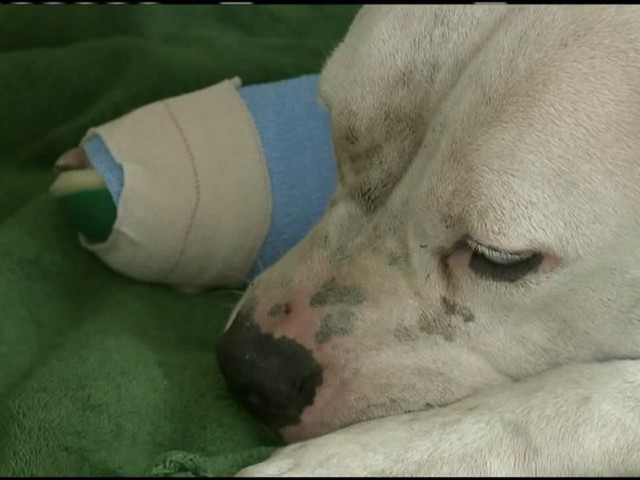 A dog in Milwaukee was expected to make a full recovery after being shot in apparent mistake for a lion. PHOTO: DEMOCRATICUNDERGROUND

A dog in Milwaukee was expected to make a full recovery after being shot in apparent mistake for a lion reported to have been prowling city streets, authorities said on Wednesday.

The white pit bull with one blue eye, whose owner has not been found, was shot in the right paw on Tuesday on the city’s North Side about two miles away from the reported lion sighting, animal control officials said.

“It’s ludicrous. It’s not tall and not anywhere near the size of a lion,” said Karen Sparapani, director of the Milwaukee Area Domestic Animal Control Commission.

“We are trying to tell people not to panic.”

Police could not immediately be reached for comment on the shooting, which followed a telephone call to police on Monday from a woman who reported seeing a lion in her neighborhood.

“It’s not outside the realm of possibility that someone could try to raise a lion in their basement and then get overwhelmed with the care,” Sparapani said.

Police said they received about two dozen telephone calls since Monday reporting lion sightings. Every call was investigated, but no such animal has been found.

“Animal experts have advised that no attempts should be made to capture the animal, as it may be a dangerous predator,” the Milwaukee Police Department said in a statement.