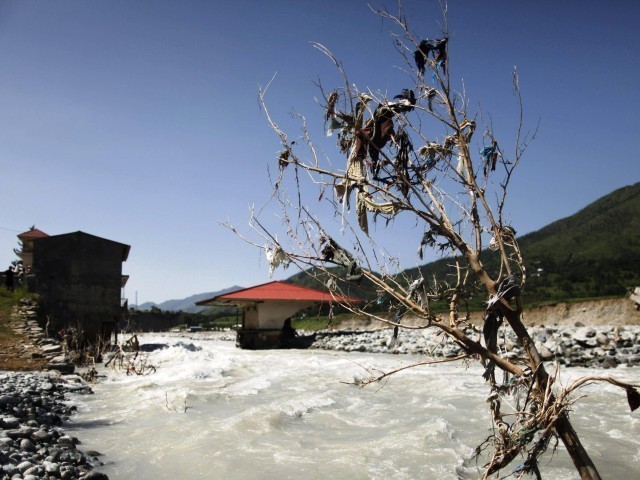 ISLAMABAD: Pakistan must allocate adequate funds and give mandates to provincial governments and local institutions to implement climate change adaptation strategies to protect the environment.

They were speaking on the second day of a three-day policy conference titled “action for adaptation” on Friday.

The conference also recommended for Pakistan to implement flood zoning and impose a strict ban on settlements next to vulnerable waterways.

The speakers said the government and implementing agencies should prepare for more extreme weather events and increasing incidents of floods and droughts.

The conference also suggested that women must be given an equal role in decision-making process as resource managers.

Earlier, a research shared at a technical session on climate change on water revealed that the climate change will have a serious impact on both upstream and downstream areas of Pakistan in the future.

Experts stressed the need for knowledge sharing and promotion of local solutions to cope with climate change.

They said that change patterns in rainfall and temperature in the Indus River basin will have severe consequences for the region’s economy.

“With high climate variability, there are more chances of extreme events, both in terms of drought and flood,” said International Centre for Integrated Mountain Development DG David Molder, adding there was an urgent need to share information and data and strengthen monitoring systems to manage these events. “Instead of viewing boundaries as barriers, we need to view them as meeting places,” he said.

“We have sufficient knowledge and now we need to implement that knowledge,” Forests IG Mahmood Nasir said, adding consistency in policies was very important.

Action for Adaptation: ‘Rangelands are the most neglected subject in the world’