Violat­ion punish­able by six-month jail or a Rs1,000 fine
By Our Correspondent
Published: July 23, 2015
Tweet Email 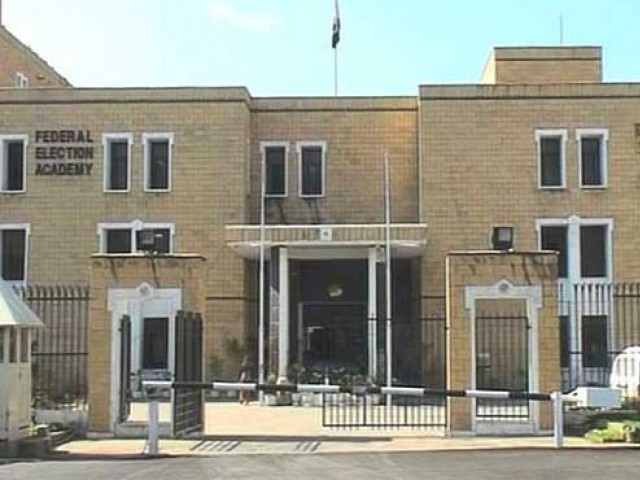 ISLAMABAD: Election campaign in PP-100 Gujranwala, a Punjab Assembly constituency going for by-polls, will conclude midnight falling between 24th and 25th July. This was shared by a notification issued by Election Commission of Pakistan.

“The Election Commission of Pakistan has drawn attention of contesting candidates for bye-election in constituency number PP-100 Gujranawala-X, to the provisions of Section 84 of the Representation of the People Act, 1976, which provide that no person shall convene, hold or attend any public meeting and no person shall promote or join in any procession within the area of the constituency during a period of forty-eight hours ending at midnight following the conclusion of the Poll for an election in that constituency”, said the notification.

Under the rules any one found violating the provision of the law can be punishable with imprisonment for a term which may extend to six months or with fine. Ironically, the prescribed fine is only Rs1000 for the offence. It is at the discretion of returning officer if he/she imposes imprisonment, or fine or both. However, never in the country’s history has anyone been tried on this offence which is committed with impunity.

PP-100 is considered a stronghold of PML-N. Rana Shamshad of the ruling party had won the seat with a big margin in 2013 general polls.