Families flock to theatres in Lahore

Families flock to theatres in Lahore 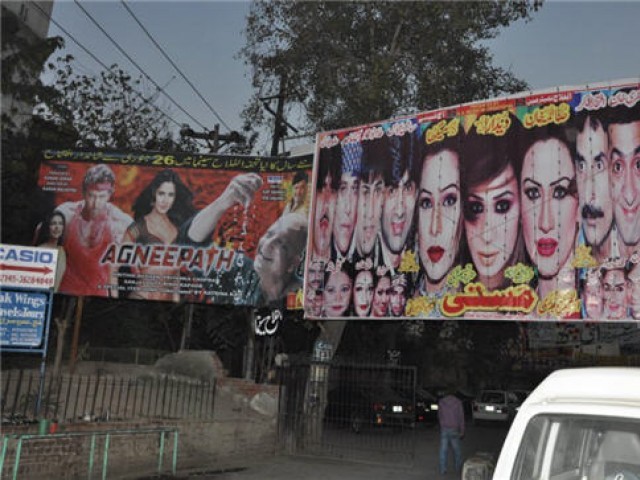 Theatre may be ephemeral in how its performances are there and then gone, but a quality play can make a lasting impression. As theatre in Lahore became accustomed to invective and obscenity, the future seemed bleak until recently, when producers realised they may have to shift gears to sustain the medium.

With no Khushboo and Nargis in sight, it was expected that there’d be garden-variety commercial theatre this Eidul Fitr. But contrary to expectations, theatres in Lahore were packed this weekend, with families flocking to both commercial and government ones to watch plays, lauded for quality content and, to many people’s surprise, less vulgarity.

Producers credit the increase of families among audiences with the hawk-eyed control of vulgar content in the plays being screened. “There has been an influx of families at commercial theatres and the only reason behind it is that the plays aren’t vulgar,” producer Qaiser Javed said. “Producers have realised that people boycotted theatre due to this factor. During rehearsals, the censor committee had all obscene dialogues omitted from the scripts and discouraged inclusion of vulgar dances,” he added. Javed shared that artists were on board with this and none were banned from performing this Eid. Hasnain, an audience member, said, “The vulgarity quotient of plays has reduced this time, making theatre a viable source of entertainment for all.”

Nine theatres in the city have been running plays that have garnered unprecedented sales, earning more than what they were over the past few years, according to theatre administrators. Out of these nine, five commercial theatres, Alfalah, Naz, Mahfil, Shalimar and Tamaseel, and four government ones, have been revelling in rising sales. “Tamaseel theatre has broken all records this year and we’re happy that despite the number of films released this Eid, people still came to watch theatre plays,” stated producer Qaiser Sanaullah.

Where a standard show generated revenue worth Rs0.3 million in preceding years, a single show made more than twice as much this weekend, with sales soaring up to Rs0.8 million. A show’s 16-day spell, with two shows running per day due to the influx of audiences this time, would effortlessly cover the costs incurred, which usually amount to around Rs4 million. Sanaullah holds that “good plays, environment and increased security” are among the reasons that have reignited the fervour among families to watch theatre plays.

Two shows are being shown at each of these nine theatres to packed audiences and the sale of tickets has been ongoing in the halls. Administrators hope to show two shows per day during the entire spell. Alfalah Theatre, where the play Darma Pari is being performed, was strikingly full of families. In place of Khushboo, who couldn’t perform after recently sustaining injuries in a car accident, was replaced by Laila. Among the cast members are Tariq Taydi, Iftikhar Thakur and Zafri Khan. A play titled Sayen has been showing at Mahfil Theatre, Naughty No One at Naz, Dhoom Macha De at Tamaseel, and Sohneyo Eid Mubarak at Shalimar.

The increase in sales has boded well for artists, who’ve now been earning a greater amount for their performances. Noted theatre actors, such as Tarik, Iftikhar, Nasir Chinyoti, Asha Choudhary, Naseem Vicky, Nida Chaudhry, Payal Chaudhry and Mahnoor, have been getting around Rs0.9 million each for the Eid spell. They predict that things will continue to look up for such cultural activities even after the Eid spell. According to producer Ali Raza, the amount renowned actors have been receiving during the Eid weekend has doubled. “The good thing is that the theatre administration and producers are happy because people came to watch the plays,” he stated. “Dancers have been particularly demanding more money and producers are in a better financial position to meet those demands this year.”

For the fashion plates