During the protes­ts, stones were regula­rly thrown at the city's light railwa­y
By Reuters
Published: July 22, 2015
Tweet Email 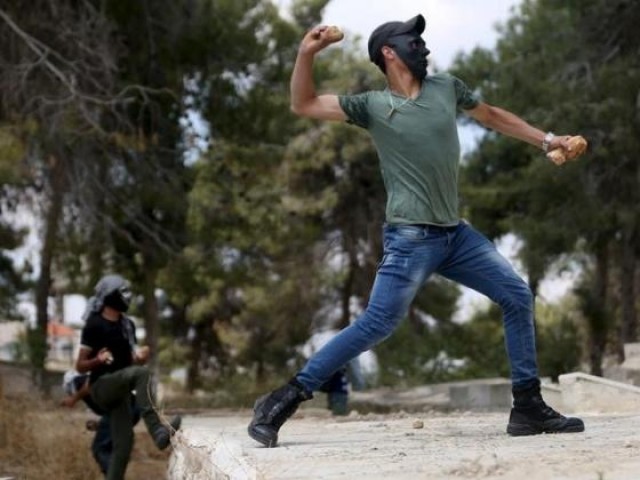 A Palestinian protester throws a stone towards Israeli troops during clashes following a rally marking Nakba Day near Israel's Ofer Prison near the West Bank city of Ramallah May 15, 2015. PHOTO: REUTERS/MOHAMAD TOROKMAN

JERUSALEM: The law would cover territory including East Jerusalem, but not the occupied West Bank, most of which is under the jurisdiction of the Israeli military.

Israel hands down about 1,000 indictments a year for rock-throwing, according to the Israeli Knesset.

Prime Minister Benjamin Netanyahu’s right-wing government faced growing calls to take action after the Palestinian protests in 2014 over the Gaza war and the burning alive of a Palestinian teenager in a suspected revenge attack for the killing of three Israeli teens by Palestinian militants.

During the protests, stones were regularly thrown at the city’s light railway.

The Palestinians seek a state in East Jerusalem, the West Bank and Gaza Strip. U.S.-brokered peace talks between Israel and the Palestinians broke down in 2014.