What the Iran agreement will mean for Pakistan?

What the Iran agreement will mean for Pakistan?

With deal in place, Pakist­an should be able to move forwar­d with the constr­uction of the Iran-Pakist­an gas pipeli­ne
By Shahid Javed Burki
Published: July 21, 2015
Tweet Email 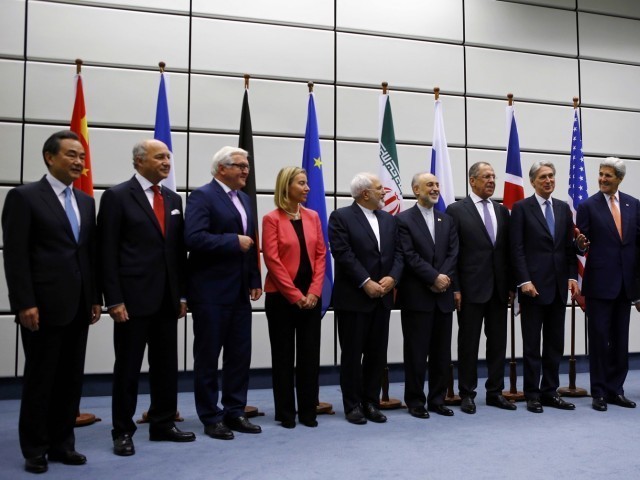 In reporting on the agreement between Iran and the six large powers on July 14, The New York Times found a parallel between what the US president had achieved in 2015 and what then president Richard Nixon was able to do 40 years earlier. For both, their actions represented giant leaps of faith. Nixon’s travel to Beijing and his meeting with Chairman Mao Zedong, brought China out of the closed wall it had erected around itself. Mao was dead a couple of years after the Nixon visit and was replaced by the reformist Deng Xiaoping. Mao’s successor succeeded in initiating a pace of economic growth that was unprecedented in human history. In about four decades, the Chinese economy had increased 35-fold. By late 2014, according to the IMF, China had overtaken the United States and had become the world’s largest economy. President Nixon could not have imagined that his one action would bring about such a revolution in the structure of the global economy.

If the initiative taken by President Obama is Nixonian in scope, what would be its result? The first thing that will undoubtedly happen is that it would end Iran’s forced isolation. In that respect there is a parallel between “Nixon in China” to “Obama with Iran”. The initial phase of isolation was self-imposed. The Muslim clerics who founded the Islamic Republic of Iran in 1979 believed that for them to protect their revolution they had to close down their country and society. This isolation was reinforced when the Western powers imposed stiff sanctions on Iran to force it to abandon its perceived plans to acquire nuclear weapons. The sanctions worked.

The heavy toll they took on the Iranian economy and the sufferings the citizenry had to bear persuaded the Islamic regime to sign the July 14 agreement with the United States and its negotiating partners. Tehran accepted the conditions which will make it impossible for it to develop nuclear bombs for the next 10 years — the period during which time it will not be able to purify uranium to the weapon-grade level, nor would it be able to use plutonium for making nuclear bombs. The agreement has ensured that what is called the “break-out” period — the time taken to make a bomb once the decision is taken to go that route — is at least one-year long. That will be the case if Iran decides to walk out of the agreement.

One major difference between the China and Iran moves is that while the former did not run into serious opposition from the international community, the same is not true for the Iran initiative. The latter is bitterly opposed by Israel, not just by Binyamin Netanyahu, the country’s hardline prime minister, but the entire Israeli political establishment. Also unhappy are the Arab monarchies in the Gulf who have always looked with suspicion and fear at the Shiite state of Iran. It is this opposition that is likely to have consequences for Pakistan.

Islamabad came under considerable pressure from these states to join their campaign against the rebels in Yemen. Pakistan’s response was clever and well thought-through. The matter was put before the National Assembly that turned down the request. This drew an angry response from the leaders of the Gulf States; one of them — a minister from the United Arab Emirates threatened to take unspecified actions against Pakistan. His statement drew an angry response from the authorities in Pakistan.

How will the Arab monarchies react to the agreement? They may decide to aid the forces of sectarian extremism in some of the countries in which they have influence. Pakistan is one such country. There are numerous madrassas in Pakistan that receive funds from the Arab states. Several of these are involved in sponsoring extremist activities in Pakistan. That this was happening was recognised by the Pakistani authorities when they drafted the National Action Plan to counter terrorism. However, because of quarters that were benefitting from the flow of money from the Arab world, the government was slow to act; it did not take the promised action.

But the positive impact on Pakistan of the deal will far outweigh some of the negative consequences. With the deal in place, Pakistan should be able to move forward with the construction of the Iran-Pakistan gas pipeline. Iran has in place a pipeline up to its border with Pakistan. However, Islamabad was reluctant to move on its side of the border because of the fear of American retaliation. Now that Tehran has been promised the easing of sanctions, that fear is gone. In fact, it is possible that India may also join the project. It, too, is desperate to receive a regular and reliable flow of gas.

With Iran gradually rejoining the international economic system, Pakistan can once again begin to plan on creating a regional association that would include the non-Arab Muslim states such as Afghanistan, Turkey and the Central Asian nations. The Chinese will be receptive to the idea; they have already committed large sums of money to Pakistan to construct the China-Pakistan Economic Corridor (CPEC). A system of roads linking this region to the CPEC should become not only possible but economically attractive. In short, the Iran deal may prove to be a game-changer for Pakistan.

Needed: A miracle on the Indus