New Horizons: A giant leap into the solar system

New Horizons: A giant leap into the solar system 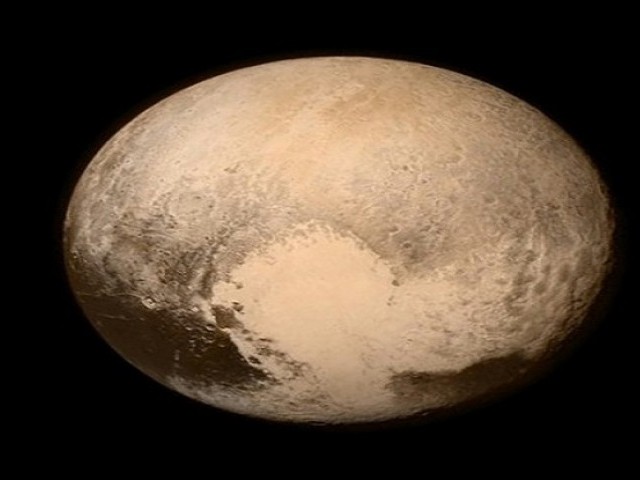 “Missions like New Horizons – the first reconnaissance of an unknown planet for the very first time – inspire the youth and raise their curiosity about the solar system,” said Usman Maqsood Mirza, a member of The Lahore Astronomical Society (LAST).

He was speaking to The Express Tribune about the NASA mission to explore Pluto and the Kuiper Belt. The spacecraft reached its primary target on June 14 at 16:45 Pakistan Standard Time.

NASA broadcast a live stream of the dwarf planet’s picture and many astronauts sent their messages to the NASA. Scott Kelly, a US astronaut, sent wishes to NASA team from the International Space Station (ISS) saying, “All of us at NASA can now say, ‘my other vehicle is on its way to Pluto’”.

The LAST had arranged an event featuring live streaming by the NASA at Zeds Astronomical Observatory. The society had earlier arranged a lecture on June 10 about the mission. The observatory, established 20 years ago, educates the amateur astronomers and students.

“The society has seen an immense growth and exposure to the public over the last year. The number of people attending monthly meetings has increased significantly,” said Mirza, a lecturer at the Architecture Department at Punjab University College of Arts and Design.

The Pluto Flyby event was attended by 20 people who showed up on a very short notice. LAST president Umair Asim says astronomers had predicted in 1951 a belt of icy objects beyond the orbit of Neptune. It was named after astronomer Gerard Kuiper.

“The orbit of Neptune was explored in the ‘70s but we didn’t know much about the Kuiper Belt,” he says. “Studying the Kuiper Belt is important for understanding the early solar system formation. This mission will open a new horizon of information about our solar system.”

Double treat: Over 100 granted bails ahead of Eid