An EU and a Greek flag in front of the ancient temple of Parthenon atop the Acropolis Hill in Athens. PHOTO: AFP
BRUSSELS:  The European Union formally approved a short-term loan of 7.16 billion euros to Greece on Friday, while offering guarantees to non-euro nations that their taxpayers would not be at risk, the EU Commissioner for the euro said on Friday.

"We have an agreement on bridge financing.... This agreement is backed by the 28 member states," Valdis Dombrovskis told reporters, adding that the bridge loan would allow Greece to meet a huge payment to the European Central Bank on Monday.


Greece must pay the European Central Bank a huge debt payment of 4.2 billion euros as early as Monday, and is in arrears to the IMF.

The bridging loan allows Greece to clear its debt to the IMF and to repay the ECB while the modalities of a fresh bailout, agreed in principal by European leaders on Monday, is still under negotiation.

"It will allow Greece to clear its arrears with the IMF and the Bank of Greece and to repay the ECB, until Greece would start receiving financing under a new programme from the European Stability Mechanism (ESM)," the European Council, which represents the bloc's 28 member states, said in a statement referring to the EU's bailout fund.

The loan will be given through the EFSM, a rescue fund set up at the time of Greece's first bailout in 2010 but that involves the whole of the 28-nation EU, not just the 19 eurozone members.

The loan will officially be for three months, but only provide enough cash to hold Greece over until August 20, when the country owes the ECB another huge debt payment.

Britain on Thursday dropped its opposition to the emergency EU loan to Greece after reaching a deal that would, it said, protect it and other non-euro countries against potential losses.

Prime Minister David Cameron of non-euro Britain had insisted that his country would not be responsible for bailing out Greece, echoing comments by finance minister George Osborne who said the plan was a "complete non-starter".

The use of the EFSM risked causing a headache for Cameron as he seeks to renegotiate Britain's membership of the EU ahead of an in-out referendum by 2017.

Read: Greek lawmakers back bailout as clashes erupt in Athens

Earlier on Thursday, Greek lawmakers voted in favour of a deeply contentious bailout package, clearing the first hurdle towards securing a eurozone rescue but leaving the radical left government weakened.

Prime Minister Alexis Tsipras managed to push through a series of unpopular reforms demanded by the country’s international creditors, despite scenes of anger over austerity in Athens, where protesters threw firebombs at police.

The bitterest of medicines

On the Greek deal

After bailout vote: Europe moves to restore funding to Greece 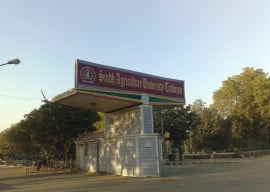