The one-year tenure of the parami­litary force’s deploy­ment will expire on July 20
By A Abdul Manan
Published: July 11, 2015
Tweet Email 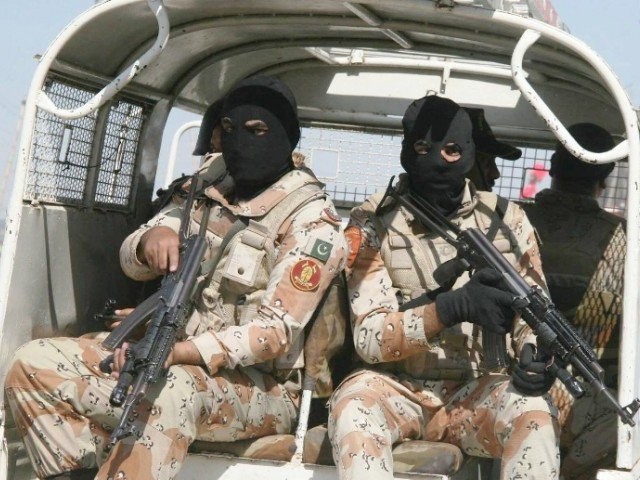 ISLAMABAD: The federal government has decided to immediately recall the Sindh Rangers to barracks, if the Sindh government does not extend the period of the paramilitary force’s deployment in the province on July 20.

The Sindh government had requisitioned services of Sindh Rangers in July last year and the one-year tenure of paramilitary force in the province will expire on July 20. After this date, the Sindh government will have to decide whether it wants to requisition the Interior Ministry for a further one-year extension in the Rangers stay or not.

In November last year, the Sindh government also gave Rangers the powers for 120 days to detain any suspect for 90 days in their custody for further interrogations with the permission of the court.

These powers, awarded through a notification under the Anti-Terrorism (Amendment) Act, were extended in March this year for another 120 days, until July 8, when these powers were further extended for 30 days in the eleventh hour.

Sources said that both civil and military leadership have now decided to pull back the paramilitary force from the province if the Sindh government does not request the Interior Ministry to grant extension in the Ranger’s stay.

They said the aim behind this strategy is to stop Pakistan Peoples Party (PPP) Co-Chairperson Asif Ali Zardari from becoming a ‘political martyr’. They said the PPP-led Sindh government wants to use the issue of the Sindh Rangers stay in the province for political benefits.

The sources in the federal government said after an expected court ruling, the Sindh Rangers would be able to perform more comfortably in the province and give better results.