To spend or not to spend : Consumerism culture fuelling plastic money

To spend or not to spend : Consumerism culture fuelling plastic money 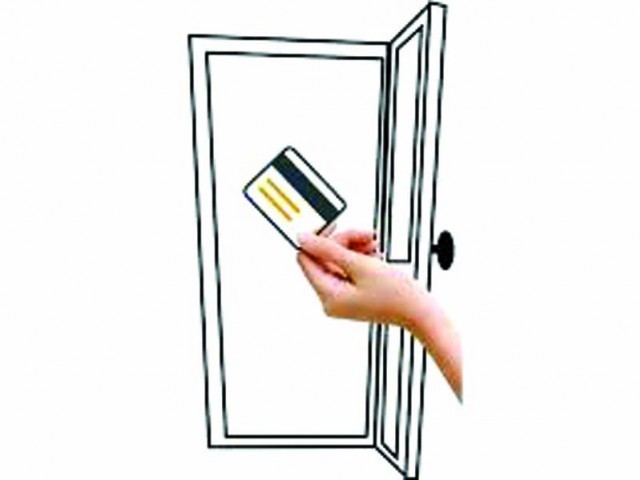 In the words of renowned William Rees, an urban planner at the University of British Columbia, “Our consumption of goods obviously is a function of our culture. Only by producing and selling things and services does capitalism in its present form work, and the more that is produced and the more that is purchased the more we will progress and prosper.”

Dolmen Mall, one of the largest shopping destinations in Pakistan, organised a three-day shopping festival in May to celebrate Mother’s Day. Though situated in the upscale locality of the city, the shopping centre was mostly thronged by customers from middle and lower middle class localities.

According to a rough estimate, consumption of goods crossed Rs50 million.  Economists say that this trend can safely be termed as a great success of the culture-ideology of consumerism which could be witnessed all around the mall.

People rushed to buy products and ended up spending money with their credit cards, locking themselves into the financial system of capitalist globalisation.

Way back in 1955, economist Victor Lebow stated, “Our enormously productive economy demands that we make consumption our way of life, that we convert the buying and use of goods into rituals, that we seek our spiritual satisfaction and our ego satisfaction in consumption.” Needless to emphasise that the massive advertisements by different brands on Mother’s Day in the Mall turned out to be a big bonanza for them and as one of the salesman put it ‘what the retailers have earned in these three days they could not earn even in three months’.

If we add up the money spent on the pomp and show at the Mall by the country’s leading brands, the unprecedented sale at the food court, various ice cream parlours and coffee outlets, the economic activity during the three days safely touched the figure of more or less Rs100 million – an economic activity which can be termed as phenomenal by any standard.

Though Pakistan is centuries behind the developed countries of the world in economic development, its fast catching up with them in spending more  money on gifts on Mother’s Day than any other occasion, of course  except Eid-ul-Fitr, followed by Valentine’s Day.

But then the Eid shopping continues for the whole month. The National Retail Federation says Americans spent more than $18.6 billion on gifts for mom, including $2.2 billion just for flowers. Meals out racked up $3.4 billion of the tab. It is interesting to note that Pakistan is fast catching up with the west in shopping sprees during such festivals.

The main reason for attracting buyers from middle and lower-middle class was of course the massive publicity of discount on almost all items available in the Mall.

Sales promotions are being used generally on festivals as a tactical measure as part of an overall plan, and not as an end itself.  Unfortunately, in Pakistan during Eidul Fitr instead of launching promotional sales, the shops increase the price drastically for they know that the consumers have no choice but to buy items required for the celebration at any cost.

Consumer culture is a form of capitalism in which the economy is focused on the selling of consumer goods and the spending of consumer money. Businesses, large and small, capitalise on this phenomenon by focusing their marketing on this culture. Unfortunately there seems to be a rat race among our middle class to copy the life style of the affluent society. Go to any shop selling foreign brands in any Mall for that matter and you would find the place thronged by the middle class.

One of the major beneficiaries of consumerism is, however, are banks which are issuing credit cards indiscriminately. They’re hiking interest rates in the name of financial charges to an extent which results in frustration among the credit card holders. It is time for State Bank to do something for the customers who are already cash-strapped and credit-crunched. There is a need to prepare a policy which restricts banks from issuing credit cards indiscriminately, billing exorbitant financial charges and threatening customers which has resulted in suicide cases.