From his point of view: On witnessing the Babara massacre, its fallout

From his point of view: On witnessing the Babara massacre, its fallout 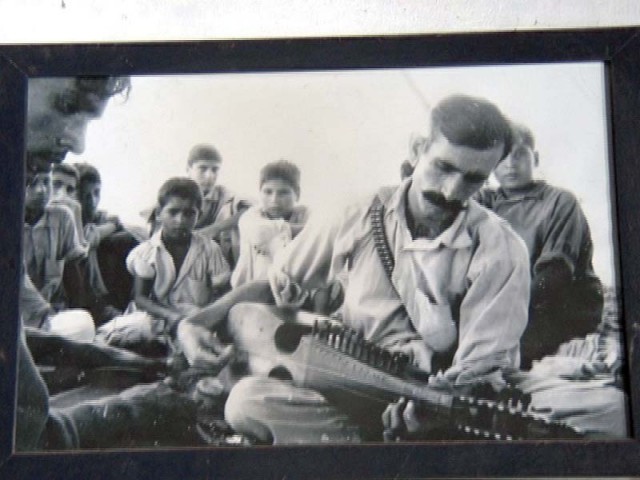 CHARSADDA: It was a bright summer afternoon on August 12, 1948. Despite the imposition of Section 144, scores of Bacha Khan loyalists had come out in the streets against the Abdul Qayyum Khan administration. Twenty-year-old Dost Muhammad had accompanied his two brothers to the gathering in Utmanzai, hometown of the Khudai Khidmatgars.

Over the years, his identity became cemented as Khan Baba or Dosti Khan among the locals, but even in his youth Dost Muhammad was well-known – known for his commitment to the Red Shirts Movement.

A schoolmate of Wali Khan, he too hailed from the Khwazi Khel tribe that produced stalwarts like Dr Khan Sahib and Bacha Khan. Dost Muhammad was expelled from school in 1942 when he led a protest against the British Raj. Schoolmaster Kareem Khan had handed him a “bad character certificate” – an early testimony to his lifelong political struggle against oppression. He continued to farm for a living until he was informed Wali Khan was attacked in Malakand. Then on he accompanied the leader as his gunman.

However, according to Dost Muhammad, on that wretched day in 1948 neither he nor his 200 fellow Surkh Posh workers were armed with anything other than a sense of purpose. “Salar Ameen Jan had ordered us to attend the procession. I along with my brothers Peer Muhammad and Suhbat Khan reached the venue,” he told The Express Tribune on August 10, 2014 – two days prior to the last anniversary of Barbara and roughly a year before he was slain.

Abdul Rauf of Sardehri was leading the guards on duty, said Dost Muhammad. Rauf had informed the attendees the government had enforced Section 144 and heavy contingents of police had surrounded them.

“Assistant commissioner Gul Muhammad warned Rauf not to proceed further with the protest. The leader retorted the procession was peaceful and the attendees will march to the nearby Ghazi Gul Baba mosque to conduct a meeting.

He (Rauf) furnished a copy of the Holy Quran from his pocket and told the AC that the protesters had come out only for the abolishment of Anglo-Saxon legal system.”

The octogenarian paused for a moment and then continued, “The AC would simply not understand. In that moment, Salar’s son misunderstood the argument and attacked the government official,” he said. “The AC thought he had been stabbed and immediately ordered the police to spray the protesters with bullets.”

All hell broke loose. The attendees scurried in every direction. “Women were carrying the holy text on their heads. Even they were not spared,” Dost Muhammad had told The Express Tribune. “Gunfire stopped only when Salar arrived. By that time, countless people had been butchered,” Dost Muhammad said with a heavy voice, adding he swam across a river to return home since all the roads had been cordoned off.

“My brother Peer compiled the list of the dead and injured and gave it to Bacha Khan when he was freed from the prison,” he said. According to Dost Muhammad, the tally was over six hundred; other accounts said four hundred, while official accounts put it at half of that. The slain leader had told The Express Tribune that the police officer responsible for the carnage, Alam Khan, was later awarded by the Qayyum government.

“We were attacked because we stood up for the rights of our people. We have defended them from day one and continue to bear the brunt for it till today,” he said. Over the years Dost Muhammad lost 70 of his closest companions to the war against militancy. All his life he remained loyal to the Bacha Khan clan during its different phases of political struggle.

In his own words, Dost Muhammad struggled all his life for Awami National Party’s cause and subsequently died for the same. He breathed his last in the Utmanzai party office where unidentified men ruthlessly gunned the man down on Thursday – a chapter in Pukhtun history closed forever.