New policy: Ban on teachers’ transfer to be lifted

40 millimetres of rain have been recorded 40 millimetres of rain have been recorded. PHOTO: EXPRESS
PESHAWAR:

Long awaited pre-monsoon showers lashed the city and the surrounding districts on Thursday, breaking the heat spell which had gripped the city.

According to Pakistan Meteorological Department, 40 millimetres of rain have been recorded. Bilal Faizi, an official of Rescue 1122, said no casualties were reported. However, power supply was suspended in most localities of the city including Saddar, Gulbahar, Warsak Road, Qissa Khwani, Kohat Road and Gulberg for between four to six hours.

Rescue teams were sent to areas where water entered houses. An official at the Peshawar Disaster Management Authority said all rivers were flowing normally and there was no risk of flooding.

The weather is likely to remain hot for the next few days and the met office has predicted rain on next Thursday. 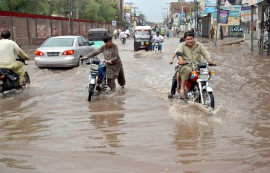 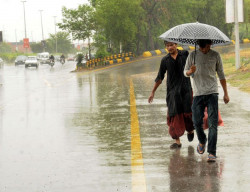