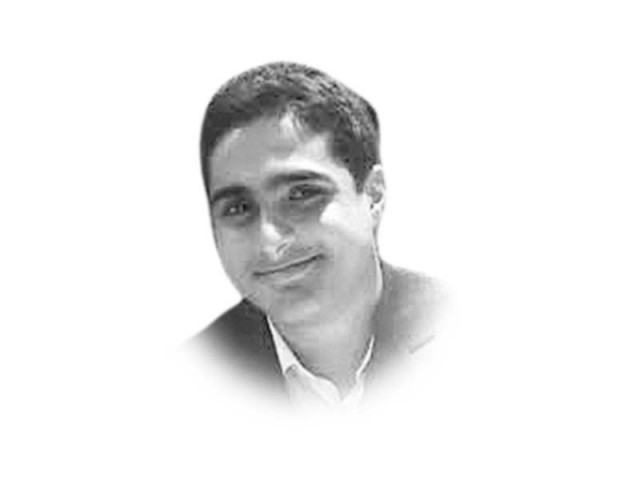 A recent stage play titled “Baraf Pani” has put a spotlight on the halcyon days of Karachi. It revisits the city’s past to find an explanation for its rapid descent into violence and uncertainty.

At a time when this bustling metropolis has lost the compass to direct itself to change, art and literature have provided a lens, a roadmap for the city’s success. However, no measure of guidance is of any use unless citizens take on the responsibility of shielding their hometown from the blows and punches of adversity.

My parents can recall an era when people felt secure sleeping in their houses at night without locking the gates and installing a guard at the entrance. Security, it appears, was one of those taken-for-granted aspects of living in the city — a privilege which could not be pawned away so easily.

Decades later, this privilege has been sacrificed at the altar of a conflict that has laid siege to Karachi’s fragmented heart. The dimensions of this war are defined by miscreants and successive governments, which have failed to take matters into their own hands.

As the spate of violence has been grabbing headlines for many years, apathy and fear vacillate among the city’s residents.

There are two types of Karachiites. The first group is temporarily desensitised to the problems which plague the city and is only awakened from its deep slumber by a massive catastrophe. The other group consists of those citizens who are acutely aware of the challenges but fail to go the extra mile to prompt change. Members of this group are either too discouraged by reality-checks to make a difference or are excessively cynical about the outcome of their efforts. It is these deadly extremes which need to be tackled in a responsible manner.

Over the years, Karachi has become the fulcrum of crime, militancy and unpredictability. Armed men on motorcycles have gained the audacity to fire shots at social activists. A bus carrying members of the Ismaili community has come under attack and even airports have not been spared the wrath of a militant’s gun.

Some of these events have struck an emotional chord and left a void in the hearts of Karachiites. Others have been little more than tickers that offer insights into news and current affairs.

More often than not, apathy is nurtured by distance. As a result, society as a whole needs to develop a new form of learning that incorporates different schools of thought and presents them in a manner that seems ‘familiar’ rather than ‘foreign’.

Educational institutes must be encouraged to integrate the violence which has gripped the city into classroom discourse. Through discussion and debate, problems can be identified and solutions can be sought.

This is likely to have a powerful impact in changing our perceptions of Karachi. This is a suitable alternative to citizen organisations which simply target issues rather than change mindsets.

Furthermore, the desire for change cannot be seen as just another grass roots movement. There is a small pocket of elite who are willing to engage in drawing room conversations about the city’s woes but are unwilling to lift a finger to set things right. Distancing yourself from the responsibility of changing the status quo will only add fuel to the fire.

In a city with two extremes, the seeds of change can only be sowed by unity. At first, it may appear to be an unrealistic goal which is fractured by the divisions we have created among ourselves.

However, we must realise that unity comes from a common goal, a mission that surpasses the need for polarisation and bridges the gap between people.

Saving Karachi is not a solitary affair. It requires more perspiration than inspiration. If we continue to raise a wall between ourselves and the responsibility we owe towards our city, the outcome will be far from favourable. With time, these socially-constructed boundaries will lose all meaning. We won’t need to worry about them as trenches will need to be dug for a war that will instantly draw us into its fold.

Can the military reform Pakistan’s politics?