Energy costs: Petrol prices likely to go up 5.5% in July Ogra recommends cut in taxes to absorb some of the impact of price increases. PHOTO: APP
ISLAMABAD: Petrol prices across Pakistan are likely to rise by an average of 5.5% from July 1 as global oil prices stabilise and begin to rise again.


Sources in the petroleum ministry say they have received recommendations from the Oil and Gas Regulatory Authority (Ogra) on Monday to hike oil prices to keep pace with global price changes. The products likely to see their prices go up include petrol, kerosene and high-octane blended component. Diesel prices, however, are likely to come down as are those of jet fuels.

However, the government may make significant changes to these prices before final approval, since Ogra has recommended not passing on the full effect of global increases in petrol prices to consumers, and instead absorbing some of the increase by cutting petroleum levies. The finance ministry, however, is unlikely to agree to such a move.

As Ogra’s recommendations currently stand, petrol prices are likely to go up by Rs4.26 per litre, or 5.5%, to Rs82.05 per litre beginning July 1. Petrol is the main fuel used by commuters throughout the country and has grown even more in importance after
the government stopped  supplying natural gas to compressed natural gas (CNG) fuel stations in Punjab and instead began supplying them with the more expensive liquefied natural gas (LNG). The price differential between LNG and petrol is considered insignificant, and more drivers are likely to switch permanently back to petrol as a result.

High speed diesel (HSD) prices are likely to come down in the next month by Rs0.60, or 0.7%, to Rs86.52 per litre. Diesel is used as a fuel by many trucks in the transportation business in addition to being the primary fuel for generators used in agriculture.

As such, diesel prices have the most direct impact on food price inflation. The price of light diesel oil (LDO), an industrial fuel, will decline negligibly by Rs0.08 per litre, or 0.1%, to Rs61.43 per litre.

The sharpest increase will come in the price of High-Octane Blended Component (HOBC), a fuel used exclusively in luxury cars. HOBC prices are likely to go up by Rs7.30 per litre, or 8.7%, to Rs91.11 per litre in July. 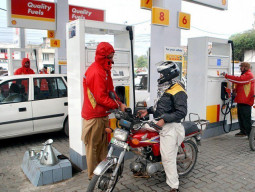 Partial hike: Petroleum prices go up by Rs3.57 per litre 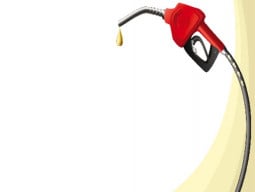 Patriot | 5 years ago | Reply why can't they reduce the expenditures like the millions being spent on the upkeep of prime minister's, president, chief minister and governor houses. Trips to foreign lands worth millions should be curtailed and all the perks the government servants and cronies are receiving should be withdrawn. Why should the poor people just have to take the brunt of everything.
Parvez | 5 years ago | Reply Well......we all have to pay for our politicians loot and plunder.
VIEW MORE COMMENTS
Timorlane | 5 years ago | Reply Thieves reduced the price for a few times but then been increasing with persistence
Replying to X
Saved ! Your comment will be displayed after the approval.
Error !
Error! Invalid Email.