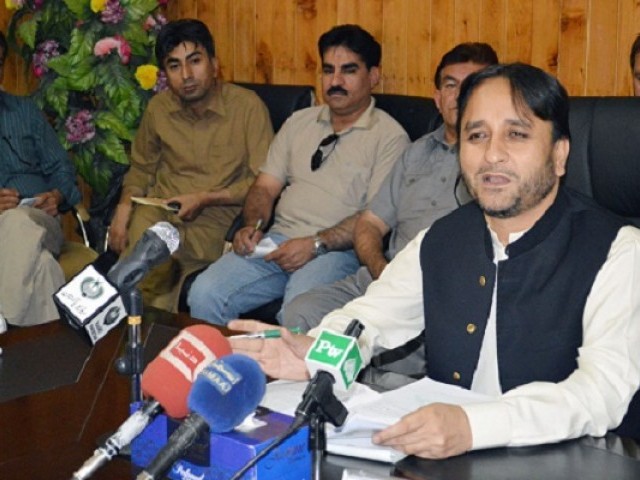 Hafeezur Rahman was appointed the chief minister of the scenic region last week after his party – the ruling Pakistan Muslim League-Nawaz (PML-N) – swept the June 8 polls, winning 22 of the total 33 seats in the legislative assembly.

“The region and its inhabitants need development on an urgent basis. They have been failed in the past,” he told The Express Tribune in an interview on Monday.

“My government’s top priority is to end unemployment, overcome the power crisis, ensure quality education and root out corruption,” Hafeez said, alleging that the previous government of the Pakistan Peoples Party (PPP) had ruined the system of merit and infested almost every department with corruption and nepotism.

In his mid 40s, Hafeez has served twice in different capacities in the G-B assembly – once as an adviser on education and then as the opposition leader. He now holds PML-N’s local presidency since switching to the party in 2003 after his brother Saifur Rahman, the then PML-N president in G-B, was assassinated outside his house in Gilgit.

Hafeez has remained loyal to the PML-N all these years, especially through the reign of General (retd) Pervez Musharraf, when most of his colleagues had defected to other parties. “I think commitment and loyalty is what is missing in Pakistani politics,” he believes. “We need to introduce it to ensure real democracy in the country.”

Hafeez belongs to a party which is known for executing mega infrastructure projects across the country with motorways and metro buses now a hallmark of Prime Minister Nawaz Sharif’s governments.

“If we fail to deliver, we will be routed just like the PPP. We are bound to work for the welfare of the people,” he said.

In order to stem corruption, the G-B chief minister wants to empower the anti-corruption departments such as the Federal Investigation Agency and the National Accountability Bureau. “If NAB and FIA are free of government pressure and influence, accountability of corrupt individuals will be fair and the rule of law will prevail,” he said.

“By the time we prepare for the next polls, I am sure things will have changed considerably,” Hafeez added.