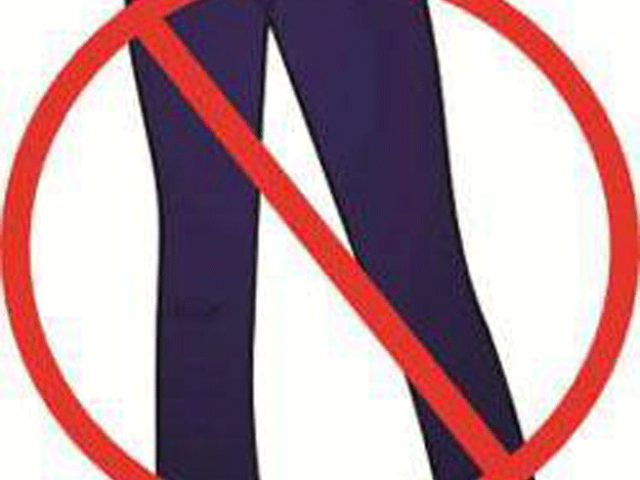 A women’s college in north Kerala has banned tight jeans, short tops and leggings and instead has decided to introduce uniforms for its students.

The women’s college, run by the Muslim Educational Society (MES) at Nadakkavu in Kozhikode, intends to implement the new dress code from July 8 when the academic session will begin for first year students.

Shalwar, churidar bottom, and an overcoat will now be the new uniform. Muslim students have also been allowed to wear a head scarf.

“The decision to have a dress code came after some students were seen coming to college wearing tight jeans, short tops and leggings,” College Principal Professor B Seethalakshmi said.

“We cannot allow this,” she told the Press Trust of India, elaborating on why they have taken the decision.

She further said that uniform will not be made compulsory for senior students but they will have to dress in clothes similar to the new uniform.

“Instead of a shawl, the students will have to wear an overcoat,” she said, adding that 50 per cent of the students were in favour of wearing uniforms.

Further, 40%  of the parents of students have welcomed the college’s decision to make uniforms mandatory as they come from poor families.

Moreover, MES state President Fasal Gaffoor has said that once the uniform is introduced, it is applicable to all. Last year, Gaffoor’s statement had created an uproar when he had said that the face veil used by Muslim women to cover their faces, is ‘unIslamic.’

Gaffoor had said, “The niqab part of the purdah is a western import and its prolonged use blocks sunlight, resulting in Vitamin D deficiency in many Muslim women.”