Ahmad Qurais­hi is a hate-monger proven to peddle half-truths and misinf­ormati­on on some rather shady websit­es.
By George Fulton
Published: December 16, 2010
Tweet Email 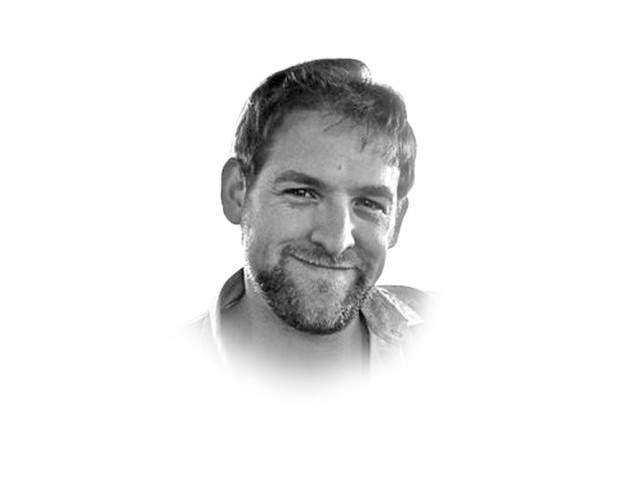 The writer is a freelance print and broadcast journalist george.fulton@tribune.com.pk

For those who don’t know Ahmad Quraishi, according to his website — ahmedquraishi.com — he is “a public policy writer, commentator and broadcaster”. In reality, he is widely known to be a crude propagandist for the army/intelligence nexus. At least Leni Riefenstahl’s Nazi propaganda films had artistic value. Noxious, yes, but art nonetheless. Sadly, no such claim can be made of Quraishi’s leaden prosaic prose.

He is also “one of the founders of PakNationalists, a supposed forum focusing on shaping Pakistan’s foreign and domestic policy options”. Actually it’s an anti-India bile-spewing machine that spreads untruths, smears and uncorroborated stories. His most recent article on his website, entitled “Guardian uses WikliLeaks for Propaganda, Pakistani Media Can’t?” is an astonishing convoluted defence of the fake cable that was exposed by Cafe Pyala and subsequently picked up by the Guardian correspondent, Declan Walsh and this newspaper’s blog section. The phrase ‘twisting in the wind’ comes to mind.

Quraishi begins by attempting to undermine the original story of the fake cable: “(The) Guardian’s Islamabad correspondent Declan Walsh claimed the stories were ‘credited to the Online Agency, an Islamabad-based news service that has frequently run pro-army stories in the past. No journalist is bylined’. Fabulous, only that it is not accurate. The story was published by the ‘Daily Mail of Pakistan’, a newspaper launched recently and staffed by journalists coming from the newsrooms of Pakistan’s frontrow newspapers.”

He goes on to say: “A large part of the original Pakistani report is credible. It was published by a prominent news organisation and the story has four names in the byline. The Guardian unethically tried to link the story to Pakistani intelligence agencies by suggesting the story comes with ‘no byline’ and can’t be sourced. The Guardian’s Mr Walsh compensated his lack of investigation by offering his own conspiracy theory that the report was planted by Pakistani intelligence agencies.”

Let’s state some facts. All the newspapers that ran the story did credit it to the Online news agency. No byline was given by any newspaper. It cannot be sourced. Ah, but what about this ‘Daily Mail of Pakistan’ that he quotes. Unfortunately, this is not an authentic newspaper but one that peddles propaganda. (It was ‘The Daily Mail of Pakistan’ that planted the bogus story that the Pakistan spot-fixing scandal was orchestrated by the Indian intelligence agency RAW.)

What about the bylines Mr Quraishi mentions on the ‘Daily Mail of Pakistan’ website? It’s true that the fake cable story is bylined “From Suzie Wang in Washington, Christina Palmer in New Delhi, John Nelson in Kabul and Ahmad-Almurad in Cairo”. The only problem is that these people don’t exist. They are figments of his imagination. I would love to meet Suzie Wang from Washington and Christina Palmer who apparently works in New Delhi.

Yes, it’s highly likely that the ‘Daily Mail of Pakistan’ — and all these other bogus websites (again Cafe Pyala has done a brilliant expose of these bogus sites) — are probably paid for by a budget that we, as taxpayers, and our elected officials do not have permission to scrutinise. Good to know, isn’t it.

So the question that comes to mind is: what is the point of Ahmed Quraishi’s article? He has been proven to peddle half-truths and misinformation on some rather shady websites. As a self-described nationalist, I am sure he would defend what he was doing as being for the greater good of Pakistan and its people. But I subscribe to Charles De Gaulle’s view of nationalists and nationalism: “Patriotism is when love of your own people comes first; nationalism, when hate for people other than your own comes first.” Mr Quraishi is a hate-monger. One must also wonder how much Mr Quraishi really loves the people of this country since he seems to make a living peddling half-truths to them.