Learning from the leaks

Learning from the leaks 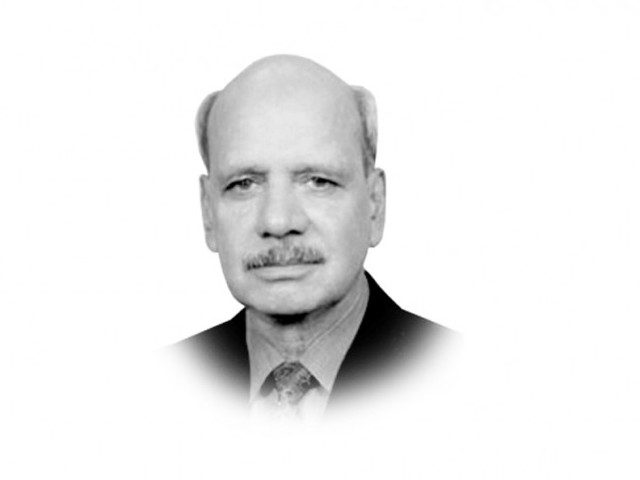 The writer served as director-general of the ISI from 1990-92 asad.durrani@tribune.com.pk

Post-“diplomatic 9/11”, the US reminded us that all the leaks notwithstanding, since none of our pressing issues — the environment, the Middle East, the nuclear issue — can be resolved without its help; we have no choice but to keep talking to it. Agreed; never mind that it is the US that obstructs the resolution of these issues. “Soon the leaks would be history” was another brave effort to carry on business as usual. Indeed, in due course, they will lose the limelight. Not even 9/11 holds our breath anymore. More importantly, except for embarrassing some politicians with thick skins and diplomats with stiff upper lips, no lasting damage seems to have been done. So let’s make the best of this bonanza for as long as it lasts — and in the process, learn a few lessons.

Diplomacy, often called a country’s first line of defence, adds to a nation’s security by improving its ties with other nations. Since a good part of it is practiced in the public domain, making a reasonable assessment of such relations is not too complex a task. This may partially explain why the ‘Great Leak’ did not make many earth-shaking revelations. In the odd case that it did, some principle of diplomacy had been violated.

‘Play hardball, speak little and concede even less’ is one. Those in important places should not be readily available to foreign emissaries. Jumping to every whistle from the diplomatic enclave leads to increasing whistles and decreasing worth. Beware of a visitor professing infliction from ‘localitus’; a diplomatic infatuation with the host country. The idea is to strike an empathetic cord and loosen clappers. Having someone around from the foreign office before one spilled too many beans was, therefore, a good practice.

The public has been the main beneficiary of these leaks. With its growing appetite to know what goes around, the leaks have helped it distinguish between policy and posture. If the Pakistan-US friendship mantra has to be recited ad nauseam, there must be a problem. And the problem does not lie with the Yanks. With all the Drones and Doles, they have made the nature of this relationship very clear: it is an alliance of convenience; more often of inconvenience. Even their ‘viceroys’ have pleaded — and not only in their cables — that they do not have the clout they are accredited with. Here, again, the leaks provide some consolation. Former empires and nouveau-riche kingdoms and sheikhdoms have not done much better.

Having preached the rule of law to the likes of us, Britain had to constitute an inquiry commission on Iraq; but with a caveat: go easy on the Big Brother. And our brethren in robes spend billions of dollars on arms but still ask the US to do their dirty work in Iran. Let’s not, therefore, judge the Pir of Multan too harshly for moving resolutions and then ignoring them. At least we know now what happened to the much hyped anti-terrorism bill unanimously adopted by the National Assembly in December 2008. It was dumped as directed.

Afghan leaks remain my favourite. They confirm what some here have vainly been suggesting for a long time: “watch out for the rogue groups”. Three thousand locals, trained by American forces as “counterterrorism pursuit teams”, were launched to carry out subversion on both sides of the Durand Line. The Tehreek-i-Taliban Pakistan may not have endeared itself to anyone here but not all the mayhem in the country was its handiwork.

And if the leaks can deter some of us from making a beeline for the Fort Alamo in Islamabad, I hope the pipeline never dries up.