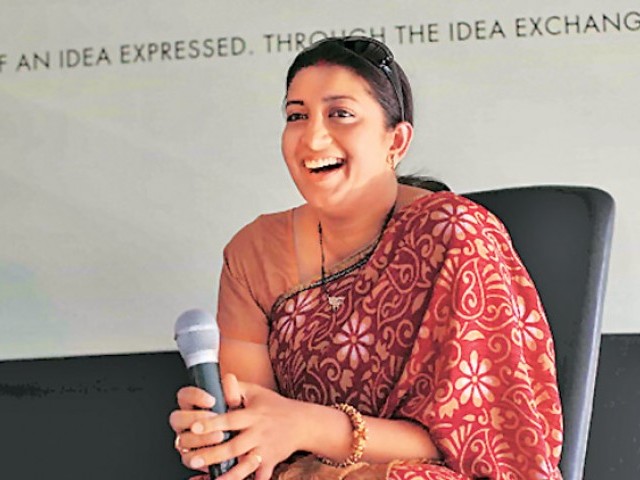 NEW DELHI: A Delhi court agreed on Wednesday to hear a complaint alleging that India’s education minister lied about her college degree, triggering calls for her resignation.

The complaint says that in 2004 Irani said she had an arts degree but in 2014 – ahead of the general elections – she claimed she had pursued a degree in commerce.

“Cognisance is taken. The matter be now fixed for pre-summoning evidence on August 28,” judge Akash Jain said, according to the Press Trust of India.

The allegation against Irani comes just weeks after Delhi’s law minister, from the Aam Aadmi Party (AAP), was arrested on suspicion of faking his law degree.

Jitendra Singh Tomar, who held a number of portfolios in the Delhi government including justice, then resigned after a court charged him with criminal conspiracy, cheating and forgery.

The latest case has sparked strong demands from opposition leaders from both the AAP and Congress Party for Irani’s resignation, saying she had no “moral or constitutional or legal” right to continue as education minister.

But Prime Minister Narendra Modi’s government quickly rejected all calls for her removal.

“Our ministers do not have to resign. This is not their (Congress’s) government,” Home Minister Rajnath Singh told reporters in New Delhi.

The Modi government has been facing opposition pressure recently over revelations that some of its top ministers, including the foreign minister, helped corruption-hit former cricket boss Lalit Modi gain emergency travel papers in Britain.