Under the rubble of drones

Under the rubble of drones

Once dust of war in & around Afghan­istan settle­s, only then world will truly know scale of damage inflic­ted on locals­
By Rasul Bakhsh Rais
Published: June 24, 2015
Tweet Email 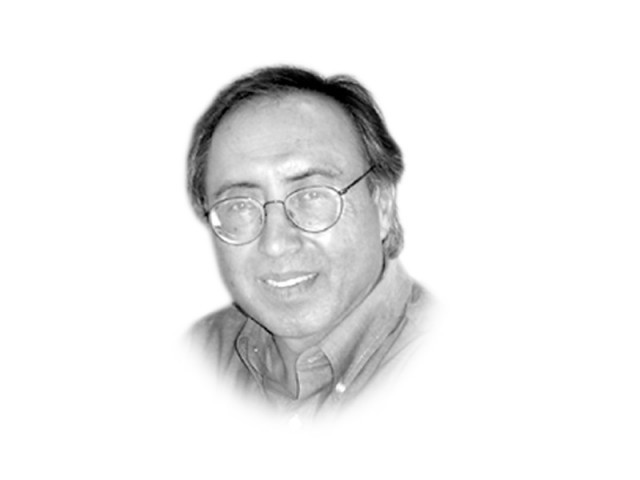 The writer is a professor of political science at LUMS

It is harder for eyes from the sky or those pushing the drone buttons from the other end of the world to see precisely what lies wasted under the rubble of mud houses in the tribal regions of Pakistan. The loud claims of ‘successfully’ targeting wanted al Qaeda and Taliban terrorists have drowned the cries of the local populations for about a decade over their children, women and men having been killed. Over 2,000 civilian casualties must not disappear from the human radar after being termed collateral damage. True, we cannot escape human tragedies for larger ends of the war on terror, but we also need to take responsibility for errors of judgment.

The official acknowledgement and apology by US President Barack Obama over the deaths of two hostages, Warren Weinsteain and Giovanni Lo Porto, held by al Qaeda in the tribal region must be used to highlight the issue of thousands of Pakistanis who have died in drone strikes. It was a big failure of the Pakistani state and society in not protecting these two great men who came to Pakistan to help us. The US government cannot escape responsibility for these deaths either as well as those of others. Taking responsibility and apologising may take the moral burden off President Obama’s back. Should that also be demanded with respect to the deaths of civilians in the tribal regions? The answer is yes, and there must be some course correction and compensation for the helpless families.

The advanced technology of push-button drone warfare is not capable of capturing the true image of the human and physical rubble it leaves behind. Nor is there any interest in digging through the rubble. This job is left to the villagers to pull out their loved ones and rush them to expanding graveyards. The attackers, having done the job, move on to monitor other targets for some other time.

What has happened and continues to happen in the tribal regions of Pakistan receives little or no sympathy. Local concerns are brushed aside with the refrain that why do they give ‘protection’ to terrorists. It is like blaming the victim.

This part of Pakistan and the country itself has been dealing with the rubble of great power wars in Afghanistan for over 30 years. The border regions of Afghanistan and Pakistan, where the January strike took place, have been on the frontline of all the wars. Having been on the margins of the Pakistani state, the spaces here have been occupied by terrorists of all shades and regions, including from China, Central Asia and the troubled Middle East. Their presence, and guns and cash coming from mysterious regional sources have upset the traditional social balance and power dynamics of these places.

The local populations are caught between three threats — the warlords, the American drones and military operations. They have been fending for themselves. With repeated military operations by the Pakistan Army, the terrorists have been relocating across the border or melting into Pakistani society. The local populations, now displaced everywhere and with their livelihood damaged or lost, continue to beg for international attention and rehabilitation.

Once the dust of the war in and around Afghanistan gets settled, the world will only then truly know the scale of the damage inflicted on the local populations. The men and women in uniform and their political bosses may have very different standards of measuring success in wars. My view is that there have been no winners in the Afghan wars; each side in these wars have left the scene after having suffered tremendous damage. What is, however, not figured out is the loss of the local populations on whose turf and territories these wars have been fought. Such populations are on the margins of power and affluence. They have been affected very badly, and they are full of feelings of hate and revenge, both for Pakistan and the US — partners in the drone warfare. This may last generations.

People here live in constant fear of terrorists, military operations and drones, never knowing when they will be hit. It is time the world, the US and citizens realised there can be better ways and means to fight terrorism.

Shooting oneself in the foot