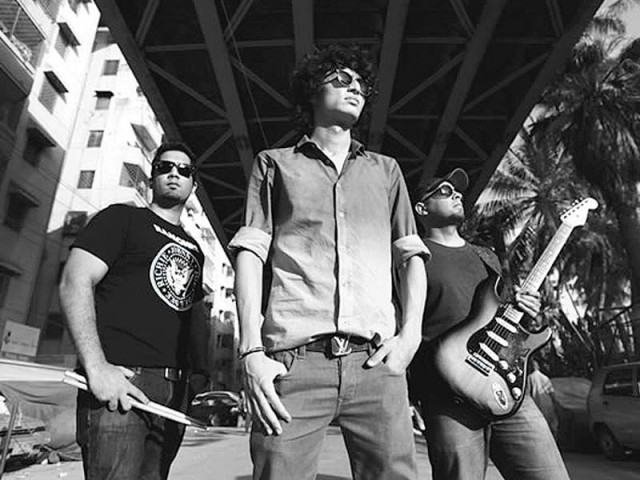 Kashan said the song is devotional and more melodic as compared to the band’s last song Jee Loonga. PHOTO: FILE

KARACHI: To celebrate World Music Day, Pakistani rock band Mizmaar have released a new track titled Dur. Band frontman Kashan Admani described the song as ‘devotional’. “It’s a very devotional song. It isn’t just about devotion to a human being but also to God,” he told The Express Tribune.

Unlike the band’s previous song Jee Loonga, which marked their comeback after a seven-year-long hiatus, their latest song is a “contemporary rock song.” stated Kashan, “Jee Loonga was rock with elements of electronic music, such as Dubstep. Dur is different from it.”

The lyrics of the song have been penned by poet-lyricist Khalish. Dur was one of the first tracks the band recorded for their upcoming album. Talking about the theme of the song, Kashan said, “There’s too much hatred and misery around us and maybe, it’s time to open a window of love, peace and acceptance in our hearts.”

The band is gearing up to release a music video of their upcoming song on Eidul Fitr. Without divulging details of the song, Admani said it’s going to be collaborative track. He also revealed that its music video has been directed by him and has been shot in both Pakistan and India.

In an earlier interview, the band members had spoken about the group’s comeback, revealing that their new style of music would be different from their preceding work. “Previously, Mizmaar was all about rock, hardcore riffs and emotions. The emotions are still alive but everything can’t be the same because there’s a new voice. There’s a fresh approach to everything now as we are doing things differently. Music has changed a lot as well,” said Sharyar.

7 ways to regulate your workout in Ramazan