Iran, Iraq, Syria to strengthen cooperation against IS

Iran, Iraq, Syria to strengthen cooperation against IS 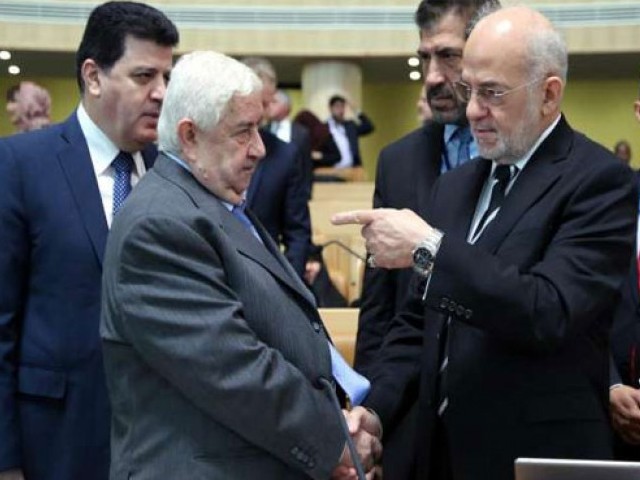 TEHRAN: Officials from Iran, Iraq and Syria will meet next week in Baghdad to strengthen their joint fight against the Islamic State extremist group, media reports said on Tuesday.

Representatives of the three countries “will have a meeting next week in Baghdad to reinforce their cooperation in the fight against terrorism,” Ali Akbar Velayati, foreign affairs adviser to Iranian supreme leader Ayatollah Ali Khamenei, said.

“Iran has brotherly and historic relations with these two countries (Iraq and Syria). Next week, we will bear witness to an important evolution in the relationship among these three countries,” Velayati said.

Citing Chaar, Syrian pro-government daily Al-Watan said the meeting would aim “to discuss the mechanisms of strategic cooperation and coordination to combat terrorism.”

“The terrorists of Daesh are active in Syria and Iraq, so we have to coordinate at the highest level to fight terrorism,” the Syrian interior minister said, quoted by Iran’s official news agency IRNA.

On Monday, Iran signed its first security accord with Syria.

Iran has sent military advisors, as well as financial and material support, to the governments of Iraq and Syria, where IS holds swathes of territory.

Iran denies that it has dispatched combat troops to either country.