IS ties two boys to pole for eating in Ramazan: monitor

IS ties two boys to pole for eating in Ramazan: monitor

The childr­en have been suspen­ded by ropes from a pole since noon, and they were still there in the late evenin­g
By AFP
Published: June 23, 2015
Tweet Email 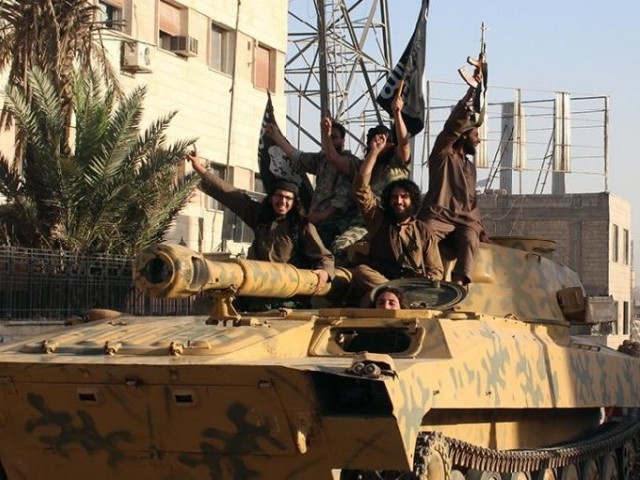 BEIRUT: The Islamic State(IS) group on Monday made two youths hang from a beam by their wrists after accusing them of eating during daylight hours in the Muslim fasting month of Ramazan, the Syrian Observatory of Human Rights said.

“Residents of the village of Mayadeen in Deir Ezzor province reported that IS suspended from a crossbar two boys aged under 18 near the HQ of the Hissba”, the militant police, Observatory chief Rami Abdel Rahman told AFP.

“The children have been suspended by ropes from a pole since noon, and they were still there in the late evening,” he said.

“Apparently, they were caught eating.”

A placard was attached to the bodies reading “They broke the fast with no religious justification”.

Throughout the month of Ramazan, which began on Thursday, believers abstain from eating, drinking, smoking and having sex from dawn until sunset.

IS, which controls swathes of territory across Syria and Iraq where it has created a self-proclaimed “caliphate”, advocates an extreme view of the application of Islamic law, or sharia.

The extremists do not hesitate to impose brutal punishments including beheadings, stonings, floggings and crucifixions.