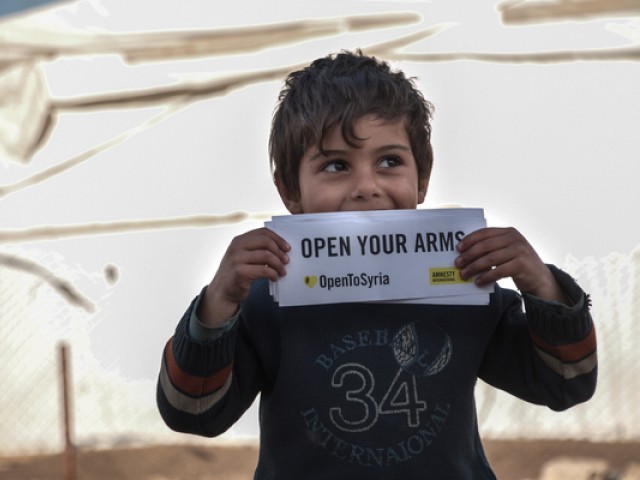 LONDON: Rights group Amnesty International on Monday slammed world leaders for “condemning millions of refugees to an unbearable existence” and demanded they work closely to resolve the “worst crisis” since WWII.

“From the Andaman to the Mediterranean people are losing their lives as they desperately seek safe haven,” said Salil Shetty, Amnesty’s secretary general, as the group published a report ahead of World Refugee Day on June 20.

“The current refugee crisis will not be solved unless the international community recognises that it is a global problem that requires states to significantly step up international cooperation,” he added.

In its report, the London-based group urged the international community to establish a fund for refugees and collectively commit to resettling a million refugees over the next four years.

“The refugee crisis is one of the defining challenges of the 21st century, but the response of the international community has been a shameful failure,” said Shetty.

“We need a radical overhaul of policy and practice to create a coherent and comprehensive global strategy.”

Amnesty warned that these countries were being overwhelmed by “such huge burdens”.

“No country should be left to deal with a massive humanitarian emergency with so little help from others, just because it happens to share a border with a country in conflict,” said Shetty.

On the migrant crisis in the Mediterranean, Amnesty welcomed measures taken by European Union members to strengthen the Triton border security operation, but called for further action, notably by creating more legal avenues for resettling refugees.

Triton was launched in November 2014 to help Italy control its sea borders and assist migrants.

After a series of devastating wrecks, the European Commission decided in April to triple its budget.