Major Genera­l Kajbaf was killed near rebel-held town, 100 km south of Damasc­us, along with three other Irania­ns
By Reuters
Published: June 13, 2015
Tweet Email 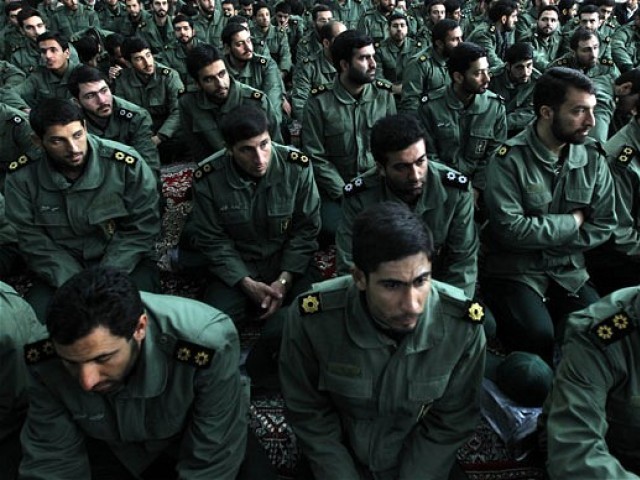 DUBAI: Iran is bringing home the body of a top-ranking military officer killed in April in southern Syria, Iranian news agencies reported, at least the second senior Iranian to die there this year while supporting Damascus in the war.

Hadi Kajbaf, a major general in the elite Islamic Revolutionary Guards Corps (IRGC), was killed near the rebel-held town of Busr al Harir, about 100 km south of Damascus, the IRGC-linked Tasnim agency reported late on Friday.

Three other Iranians were killed alongside Kajbaf including a mid-ranking Shia cleric, the semi-official Fars news agency reported.

Iranian military and financial support have been crucial to helping President Bashar al Assad survive the war, now in its fifth year. The conflict is a focal point for Shia Iran’s power struggle with Sunni Saudi Arabia, which supports the insurgents battling to topple Assad.

Kajbaf held the highest rank used in Iran’s armed forces, making him more senior than an IRGC brigadier general who was killed in January by an Israeli missile strike in Syrian territory near the Israeli-occupied Golan Heights, along with a number of fighters from the Lebanese Hezbollah group.

Southern Syria is one of the regions where Assad has faced significant setbacks since March. The insurgents fighting there include the al Qaeda-linked Nusra Front and groups that profess a more secular outlook and are backed by Assad’s Arab foes.

The late commander’s son, Sajad Kajbaf, told Tasnim the body was due to be flown to Iran on Friday night after being delayed by a day. It was not clear how Iran had obtained the body, which was taken by the rebels when he was killed.

An unknown number of Iranian military advisers have deployed in Syria in support of the Syrian army and the militias fighting alongside it. The Iranian-backed Lebanese group Hezbollah is now deployed more widely than ever in Syria.

Iranian President Hassan Rouhani recently vowed to back the Syrian government “until the end of the road” after the battlefield setbacks suffered by Assad.