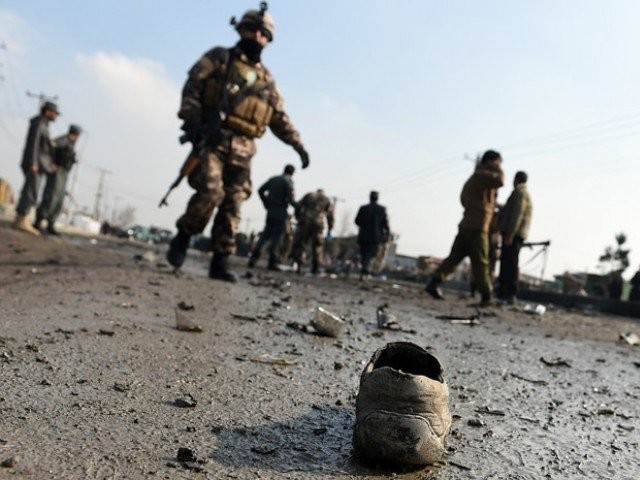 JALALABAD: A bomb exploded at an office of Afghanistan’s main news agency on Thursday, wounding two people and causing damage in the latest attack on the country’s media.

No group claimed responsibility for the blast at the office of the Pajhwok news agency in the eastern province of Nangarhar but its editor-in-chief, Danish Karokhil, said militants had issued threats in the past.

Read: In Afghanistan, attacks on journalists increasing ahead of polls

“We have received threats and letters from insurgents from time to time when they were not happy about our stories and coverage of incidents,” Karokhil told Reuters.

“I urge the government to do more to protect journalists and call on all parties in the conflict not to create hurdles,” he added.

Ahmad Zia Abdulzai, a spokesperson for the province’s governor, said police were investigating and it was not clear why the agency had been attacked.

Afghanistan’s media enjoyed a blossoming of freedom after the Taliban were ousted in 2001 but worry about press restrictions, and militant attacks, has been growing since the departure last year of most foreign troops.

At least three journalists were killed in attacks last year.