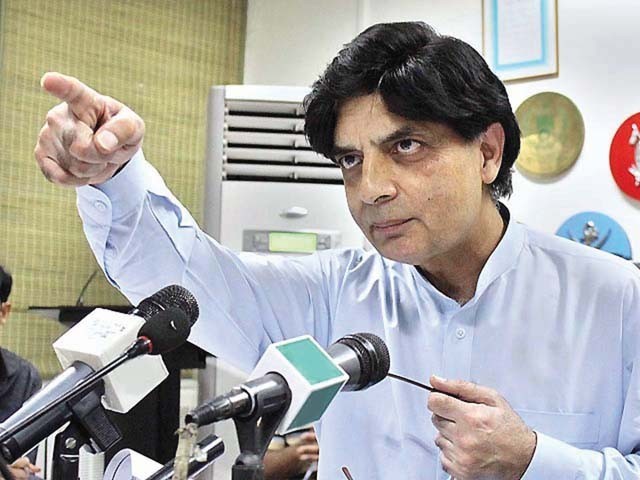 ISLAMABAD: Responding to Indian Information Minister Rajyavardhan Rathore’s statement that Indian strikes in Myanmar were a message to all countries with hostile intentions towards India, Interior Minister Chaudhry Nisar said those who are contemplating any kind of adventure in Pakistan must know they will get a befitting response, adding that India should know “Pakistan is not Myanmar”.

Rathore on Wednesday said Indian strikes in Myanmar were a message to all countries, including Pakistan and groups harbouring ‘terror intent’ that India would strike at the ‘place and at a time’of its choosing.

In a statement issued on Wednesday, Nisar said Pakistan won’t be affected by statements issued by Indian ministers every other day.

Read: India will strike enemies at ‘place and time’ of its choosing, says minister

“Pakistani masses and the government desire peace and prosperity in the region, which is why, despite reservations, Prime Minister Nawaz Sharif attended Indian Prime Minister Narendra Modi’s oath-taking ceremony to initiate dialogue between the two countries,” said the statement.

But in return, the interior minister said, Pakistan got nothing and all doors of dialogue and reconciliation were closed.

Nisar said violations across the Line of Control, and provoking statements from Indian minister had become a routine affair. He said India should know that Pakistan wanted peace but would never accept India’s dominance. “India should stop day-dreaming,” he added.