Breaking monopoly: Volkswagen to plant its feet in Pakistan?

Breaking monopoly: Volkswagen to plant its feet in Pakistan? 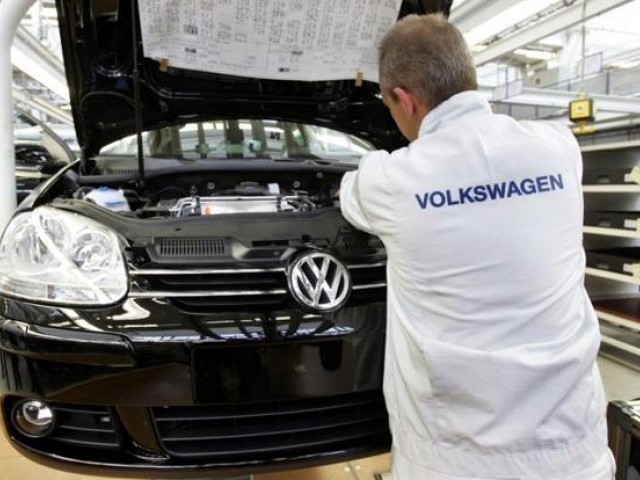 The incumbent government has gotten a rare opportunity to break the decades’ old monopoly of local car assemblers as world-renowned auto manufacturer, Volkswagen, is keen to introduce its brands in Pakistan.

Germany’s biggest and the world’s second largest automobile manufacturer in terms of market share, Volkswagen, wants to do business in Pakistan, said an official of the Board of Investment (BoI).

A 14-member business delegation of Germany businessmen is visiting Pakistan including representatives of automobile company, Volkswagen, said Dr Cyrill Nunn, German Ambassador to Pakistan on Tuesday. He was addressing a press conference to share details of what he described as a “highly important” visit.

According to Pakistani officials, Volkswagen was keen to do business and the government also wanted at least one European brand to set up a plant in the country to break the monopoly of local car assemblers. They said the three local assemblers have colluded and resultantly, on average, a locally-assembled car is roughly Rs500,000 expensive.

The Volkswagen is said to be engaged in negotiations with prospective local partners, said Pakistani officials.

In the next two years, the government will try to introduce at least one European brand – German or Italian – said Miftah Ismail, BoI chairman, while talking to The Express Tribune. Ismail welcomed the German delegation, hoping that it will help strengthen bilateral economic ties.

“To get such a delegation into Pakistan, you have to persuade them and once they are in Pakistan they realise it’s a huge country,” said Dr Nunn.

Other areas of interest

Meanwhile, a multi-billion Euro energy giant, Voith, is also part of the business delegation. The company has won the contract for providing machinery and equipment for Dasu Hydropower Project and is now eying the Diamer-Bhasha Dam. Companies dealing in consumer goods and transportation are also part of the delegation, said the ambassador.

The delegation will hold meetings with Minister for Commerce, BoI, Chief Minister Punjab, besides meeting the business community leaders in Karachi.

The visiting delegation will be keen to know the steps the government was taking for economic reforms, reducing energy shortages and investment opportunities in Pakistan, said Dr Nunn.

Dr Nunn said that Pakistan’s decision to allocate funds for Diamer-Bhasha dam and two Liquefied Natural Gas-fired power plants in the new budget offers business opportunities and German companies will be bidding for these projects.

“The volume of bilateral trade, currently standing at €2.1 billion, is far less than the potential and even lower than Germany’s trade with countries like Bangladesh,” said Dr Nunn.