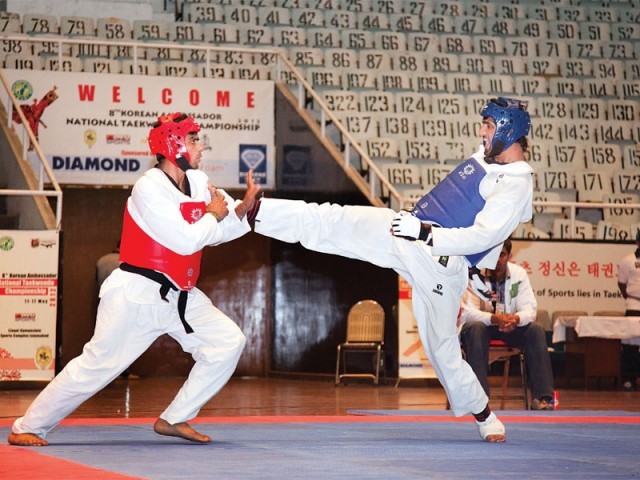 KARACHI: Pakistan will host its first-ever Commonwealth event next year as the national taekwondo federation takes on the challenge of bringing in athletes from 63 countries to Islamabad.

Ahmed said that with the prospect of holding the mega event, he trusts the President and Prime Minister of Pakistan and the Pakistan Olympic Association (POA) to help arrange sufficient funds and facilities for the players.

“We’ve taken a big step,” Ahmed told The Express Tribune. “It’s the first time in our sports’ history that Pakistan will be holding a Commonwealth event. I’m grateful for the fact that the international officials and Commonwealth Taekwondo Association also put their trust in me. Other countries including New Zealand, South Africa and Trinidad and Tobago were also interested in holding the event.”

Ahmed added that the championship will also have historical significance. “This is the last time the Commonwealth Taekwondo Championship is taking place separately. After that, the taekwondo event will be a part of the Commonwealth Games programme in 2018.  We are honoured and lucky to get a chance to host the event.”

The official added that the PTF would need Rs100 million to host the event successfully, while the POA and government officials including Chaudhry Ijaz have assured of their assistance.

The championship will take place in January 2016, and Ahmed is expecting at least 16 countries of the 63 competing nations to visit Pakistan for the event.

“As hosts, of course we want everyone to come, but I would expect at least 15 to 20 countries confirming their participation. I’m hoping for the best response from the international taekwondo community.”

At least 400 Pakistan athletes will be given the opportunity to participate, and the event will also feature Paralympics taekwondo competitions.

Pakistan will also field 14 of its foreign-based athletes coming from Europe and the US.