US specia­l envoy for Afghan­istan and Pakist­an died on Monday at the age of 69.
By Agencies
Published: December 15, 2010
Tweet Email 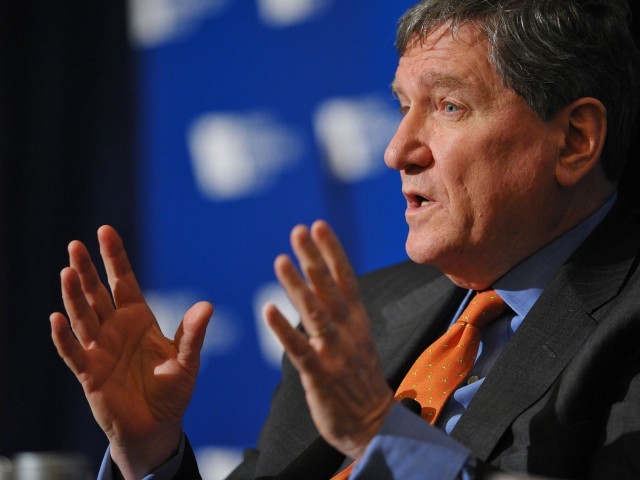 US special envoy to Afghanistan and Pakistan Richard Holbrooke passed away on December 13, 2010. PHOTO: AFP

Richard Holbrooke, the US special envoy for Afghanistan and Pakistan and a key figure in the 1995 peace agreement that ended three years of war in Bosnia, died on Monday from a heart ailment.

Holbrooke, 69, died after undergoing surgery for a torn aorta at a Washington hospital. He fell ill on Friday while working at the State Department on the building’s seventh floor where US Secretary of State Hillary Clinton has her office.

His death comes at a critical time for US policy, with the US administration due to conduct a review of its troop surge in Afghanistan and campaign against the Taliban on both sides of the Afghan-Pakistan border.

Obama called him “a towering figure in American foreign policy, a critical member of my Afghanistan and Pakistan team, and a tireless public servant who has won the admiration of the American people and people around the world.”

Just before Holbrooke’s death, Obama had told members of his family at a State Department holiday reception just hours earlier: “America is more secure and the world is a safer place because of the work of Ambassador Richard Holbrooke.”

A hard-nosed trouble shooter, Holbrooke is perhaps best known for brokering the 1995 peace agreement that ended three years of war in Bosnia.

Dubbed “the bulldozer” for his impatient, hard-charging style, Holbrooke alternately browbeat and cajoled the nationalist leaders of former Yugoslavia until he succeeded in forging a peace deal in November 1995 in Dayton, Ohio, following a round of Nato air strikes against Serb forces.

The Dayton agreement, despite criticism, has held the shaky Bosnian state together despite persistent tensions among rival communities. After the signing of the peace agreement, Holbrooke recounted the roller-coaster negotiations in a well-received book, “To End a War,” in which he argued the case for a robust US foreign policy that includes a readiness for military action to prevent possible genocide.

Holbrooke was quoted by the BBC as saying he had no qualms about negotiating with “people who do immoral things.”

“If you can prevent the deaths of people still alive, you’re not doing a disservice to those already killed by trying to do so,” he said. “And so I make no apologies for negotiating with Milosevic and even worse people, provided one doesn’t lose one’s point of view.”

Nominated for the Nobel Peace Prize seven times, he was once called “Washington’s favorite last-ditch diplomat” by Time magazine.

Known for his tenacity, intelligence and charm, Holbrooke held some of the most important jobs in US diplomacy, including assistant secretary of state for East Asian and Pacific affairs and European and Canadian affairs.

Some analysts believe Holbrooke achieved at best mixed results on US policy toward Afghanistan and Pakistan and that his influence had waned.

He had a strained relationship with Afghan President Hamid Karzai, who held on to power in elections last year that were marred by widespread reports of fraud.  “We are saddened by his death, it is a big loss. He had done great services for Afghanistan,” said Siyamak Herawi, a spokesperson for Karzai.

Born in April 24, 1941 in New York, Holbrooke began his diplomatic career at the age of 21 in Vietnam, and rose quickly to key posts in president Lyndon B Johnson’s administration during the trauma of the Vietnam war.

Holbrooke, who has two sons, married in 1994 his third wife, Kati Marton, a writer and former journalist.]

Pakistan has lost a friend. He was an accomplished and experienced diplomat, who quickly gained the confidence of his interlocutors. The best tribute to him is to reiterate our resolve to root out extremism and usher in peace.

Tonight, there are millions of people around the world whose lives have been saved and enriched by his work.

US Secretary of State Hillary Clinton

Tonight America has lost one of its fiercest champions and most dedicated public servants. He was one of a kind, a true statesman – and that makes his passing all the more painful.

We express condolences over the death of Mr Holbrooke and express sympathy to his family.

Ambassador Holbrooke was truly one of the best and the brightest of his generation.

He knew that history is unpredictable; that we sometimes have to defend our security by facing conflicts in distant places; and that the transatlantic alliance remains indispensible.

Holbrooke was an experienced and skilled diplomat of American politics, who during his service served greatly the American people.

Soldiers die in battle, but diplomats seldom do. Richard Holbrooke was I think an exception in this respect. He died in the middle of one of modern diplomacy’s most difficult and most important battles.

Ambassador Richard Holbrooke was a remarkable man, a true diplomat and a champion of peace and reconciliation, not just in Pakistan and Afghanistan, but throughout the world.

He was always a man on a mission, the toughest mission, and that mission was waging peace through tough as nails, never quiet, diplomacy.