Oil and gas: Government expects to receive Rs382b in its coffers

Oil and gas: Government expects to receive Rs382b in its coffers 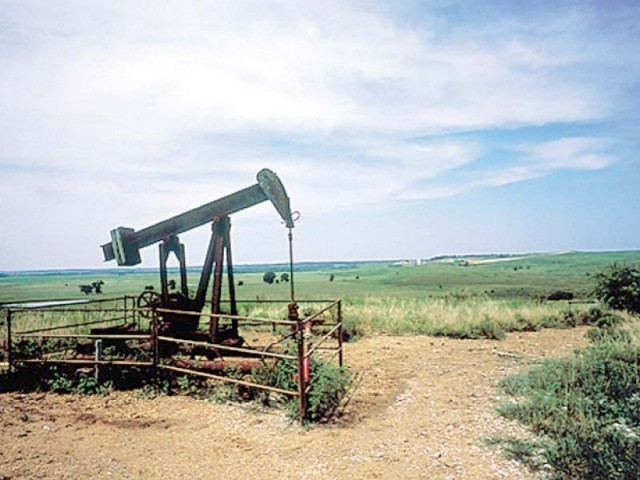 Rs145b is the amount the government expects to collect in gas infrastructure development cess. STOCK IMAGE

Keeping in line with the fall in international crude prices, the government has cut the target of revenue collection from the oil and gas sector to Rs382 billion for the next fiscal year 2015-16.

“The reduction of 5.6% in the revenue target comes following the plunge in global oil prices and some government decisions that led to a fall in the share of provinces in taxes,” said an official while talking to The Express Tribune.

Provinces will take a major hit because of a reduction in payment of royalty on oil, royalty on natural gas and gas development surcharge. In the outgoing year 2014-15, the government had set the oil and gas revenue target at Rs405 billion. But the projection was cut later due to the oil price plunge, which also affected the royalty on locally produced crude oil.

The drop in gas development surcharge after cancellation of the pricing agreement of Mari Petroleum Company Limited and gas supply to provinces at concessionary rates also contributed to the decline in revenue.

According to revised estimates, the government will be able to collect Rs368.4 billion this year. Of the total, provinces are likely to receive Rs97.4 billion against the target of Rs137.4 billion.

In the new fiscal year, however, the federal government will transfer Rs102.37 billion to the provinces as their share in revenue.

In the category of gas infrastructure development cess (GIDC), the government hopes to receive Rs145 billion next year. Recently, both the upper and lower houses of parliament passed the GIDC Act to provide legal cover to the cess, the collection of which had been stopped by courts.

In the outgoing fiscal year too, the government hoped to collect the same amount. The funds gathered from this source will be spent on gas import projects like liquefied natural gas and gas pipelines from Iran and Turkmenistan.

The target of gas development surcharge collection has been put at Rs30 billion for next year. In the outgoing year, the government earlier expected to receive Rs46.4 billion, but revised it downward to Rs30 billion. The surcharge is a difference between the prescribed and selling prices of gas that goes to provinces. The government’s failure to announce gas prices for the past two and a half years, revocation of Mari Petroleum’s gas pricing deal and provision of gas at concessionary rates to provinces were the reasons behind the decline in the collection.

Crude oil production in the country has jumped to 100,000 barrels per day, but despite the spike, the royalty collection has not been up to the mark in the outgoing fiscal year.

Earlier, the target was Rs31.6 billion and later it was brought down to Rs19.3 billion after oil prices fell sharply. Next year, the government is hoping to collect Rs18 billion in royalty on oil.

The target for royalty on gas has been fixed at Rs39.44 billion compared to Rs48 billion in the outgoing year.