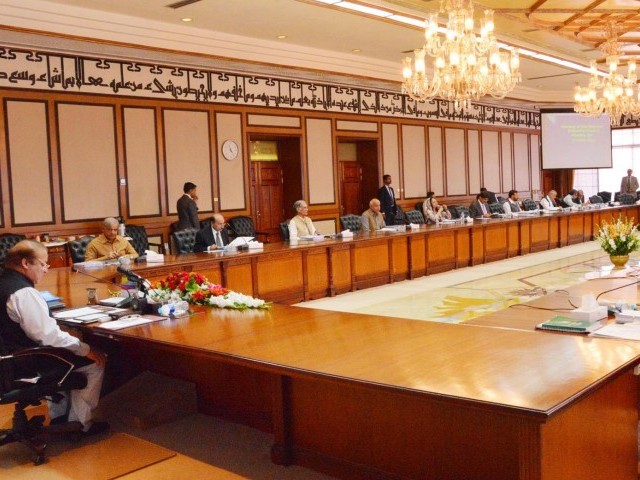 ISLAMABAD: After achieving political consensus, the government has made small changes in China-Pakistan Economic Corridor (CPEC) projects and allocated 12% of the approved Rs171 billion for construction work on the western alignment.

Headed by Prime Minister Nawaz Sharif, the National Economic Council (NEC) approved next year’s federally funded development programme including over two and a half dozen CPEC-related projects. The approved NEC plan shows that the government has included Rs942 billion worth of CPEC projects in the 2015-16 budget and allocated Rs171 billion for spending in the year.

However, the Annual Plan Coordination Committee (APCC) that met on May 26 had proposed CPEC projects valuing Rs842 billion and suggested an allocation of Rs194 billion. After the APCC meeting, an All Parties Conference  was held where all political parties agreed to construct the western alignment of the CPEC first.

China wants to build a trade link through Pakistan aimed at using the Gwadar Port for strategic and commercial purposes. After a year of controversy, political factions have eventually reached a consensus on the alignment of the corridor route.

The NEC’s plan shows that 12% or Rs20.8 billion worth of CPEC projects will go to the western route. Of the five schemes that have been shown on the western route, construction work on four has already started. One dated back to 1999 and was nearing completion, work on second commenced in 2007, the third was approved in 2010 and the fourth approved last month.

The fifth project is general in nature called the land acquisition and construction of CPEC projects. The total cost of this project is Rs60 billion and Rs10 billion has been allocated.

A lion’s share of Rs95 billion or 57% of CPEC allocations will go to projects on the eastern corridor. An amount of Rs31.8 billion or 18.7% of the allocation is proposed for the northern alignment, which is the link for all the routes.

For the northern alignment, the NEC cleared Rs31.8 billion or 18.7% of the CPEC allocation. For the construction of 120km Thakot to Havelian section, the NEC approved Rs23.5 billion. The total cost of the project is Rs95.4 billion. For the acquisition of land for this project, the NEC allocated another Rs6 billion.

The council approved Rs2.3 billion for construction work on the Burhan-Havelian road section, with a total estimated cost of Rs39.5 billion.

Similarly, for construction of the Islamabad-Mianwali-Dera Ismail Khan road, which will link eastern and central routes, the NEC approved Rs10 billion. The total cost of the project is Rs68 billion.

For the construction of an approach road to the New Gwadar International Airport, the NEC approved Rs503 million and allocated Rs30 million for the new fiscal year.

In order to complete work on the Gwadar Port, the NEC approved eight projects worth Rs41.6 billion and allocated Rs6.8 billion for the next year. These projects include construction of break way waters, capital dredging of berthing areas, infrastructure development for the Export Processing Zone Authority, Pak-China Technical and Vocational Centre and upgrading of the existing 50-bed hospital to 300-bed at Gwadar.

The NEC also approved Rs4.7 billion allocation for the construction of Eastbay Expressway that will link Gwadar with the coastal highway.