Junoon sae or ishq sae! Jinnah to be re-released in Pakistan

Junoon sae or ishq sae! Jinnah to be re-released in Pakistan

The 24 remain­ing film prints of ‘Jinnah’ were burnt with the torchi­ng of Nishat cinema in 2012
By Rafay Mahmood
Published: June 1, 2015
Tweet Email 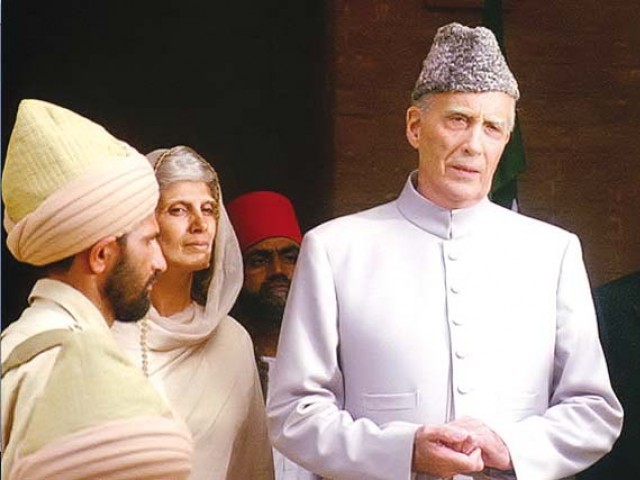 Christopher Lee plays the role of Jinnah in the film and considers it his most iconic performance to date. PHOTO: PUBLICITY

KARACHI: Quaid-e-Azam Muhammad Ali Jinnah would have been a proud man if he was alive today.  Not because of any respite in the ongoing socio political crises but because his only feature length biopic is all set re-release in Pakistan. After the producers of Jinnah declared bankruptcy and the film ended up in the hands of a liquidator, the director of the film, Jamil Dehlavi, bought the rights to its international release a few years ago.  Now Dehlavi is all set to re-release the Christopher Lee-starrer in theaters across the country. “I think Jinnah’s message deserves to be seen by the younger generation that wasn’t around when the film was initially released,” Dehlavi told The Express Tribune.  The film was originally released in Pakistan and the UK in 1998 and has now been digitised to suit the requirements of multiplexes. There were only 24, 35mm prints of the film available, which were lying in the then Nishat Cinema and were destroyed when the cinema was torched during protests on Ishqe-Rasool day. “All the prints were destroyed in the fire and we had to start everything anew. But, fortunately, I had the film in a format that may be obsolete these days but gave us room to start from somewhere.  Adjusting the sound to digital requirements was a big challenge though,” said Dehlavi.

The idea of releasing Jinnah struck Dehlavi when the film was screened in front of more than 4,500 children from underprivileged backgrounds at popular venues, such as Capri, Prince, Atrium and City cinema in the Federal B area. “Our purpose is to raise awareness about the struggle for the creation of Pakistan and for the younger generation to participate in a discussion about the future of Pakistan,” stated an invite for the film’s re-launch at Nueplex cinemas; an event which will serve like a precursor for the nationwide release. With Ramazan on its way and the producers starting the pre-release hype, it seems that the film may capitalise on the national fervor by releasing on August 14.

“We don’t have a particular date or time-frame in mind. All I can assure is that I own the film now and it will be released in cinemas across the country very soon,” said Dehlavi.

‘I can release Yalghaar any given Thursday’